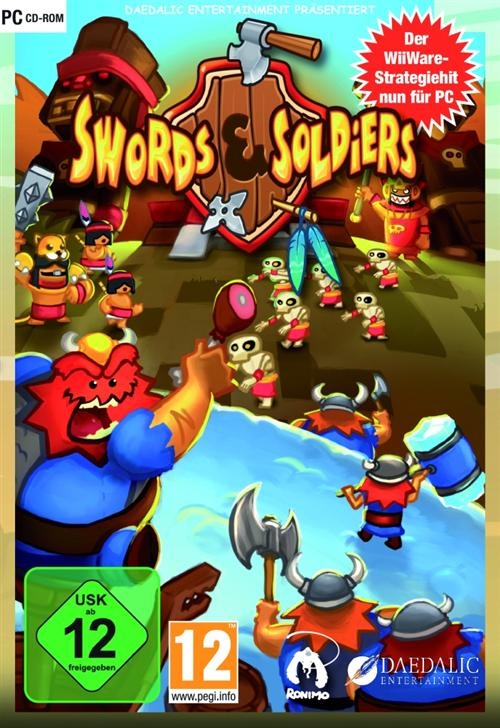 Rewrite history as you take control of the brutal Vikings, the devious Aztecs or the crafty Chinese in their global quest to win the favour of the Gods!
Swords & Soldiers is a side-scrolling strategy game that lets you control an entire army and lets you wield devastating magical abilities. Demolish your enemy’s castle at the end of these two-dimensional battlefields and lead your troops to victory!

Hours of single-player campaign gameplay.
Challenging skirmishes and frantic multiplayer matches that let you take the fight to your friends!
Several compelling challenge modes to unlock that will test your abilities to their limits in a bid for that one glorious high score!