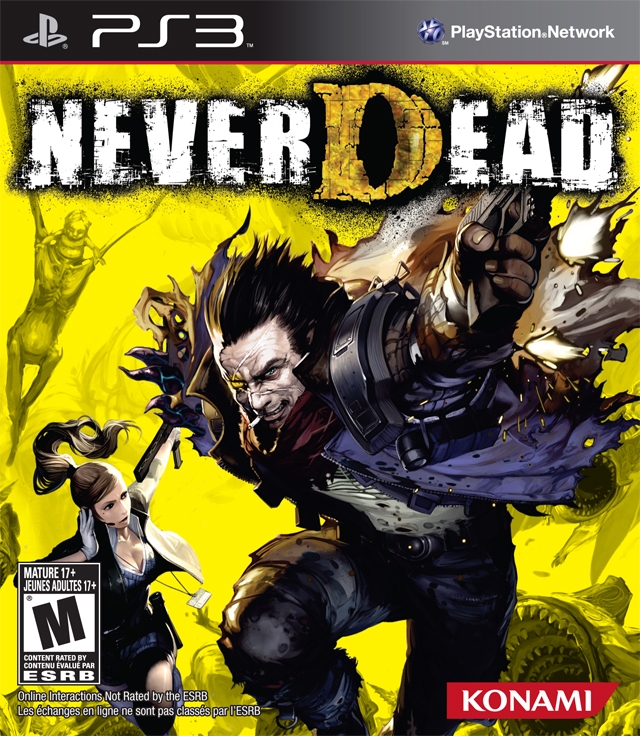 Over 500 years have passed since a mortal named Bryce Boltzmann endured a life-altering tragedy at the hands of Astaroth, the Demon King. His wife murdered, left defeated and rendered immortal, he now moves through life without aspirations other than where he will find his next drink. Lending a hand to the clandestine group, the National Anti-Demon Agency(NADA), he pursues redemption through the extermination of demonic forces within the modern day world along with his agency partner, Arcadia.

NeverDead is a third person action/shooter offering a radically new game experience within the genre based on decapitation and regeneration. Lose any limb and still have the ability to endure the fight as death has already passed you by...