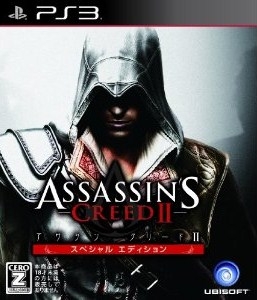 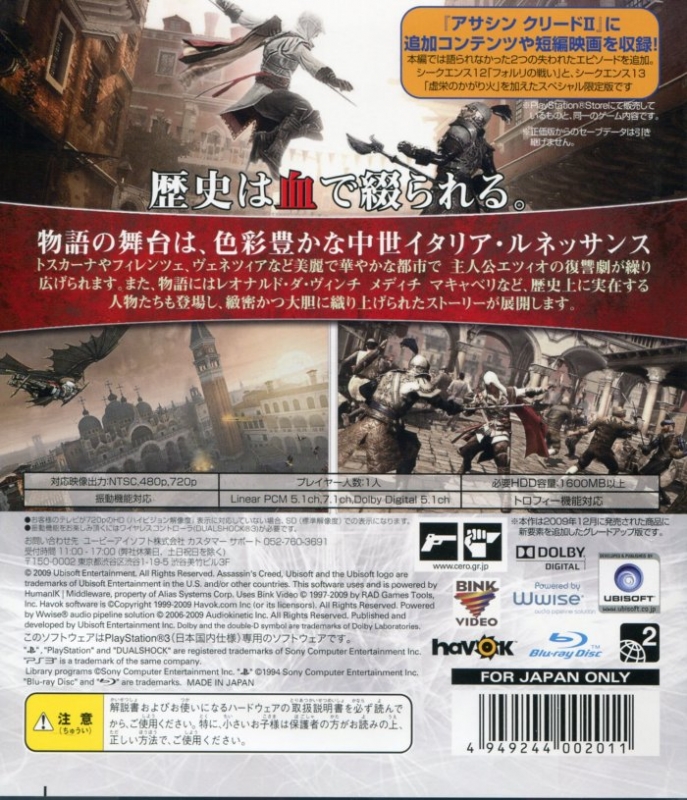 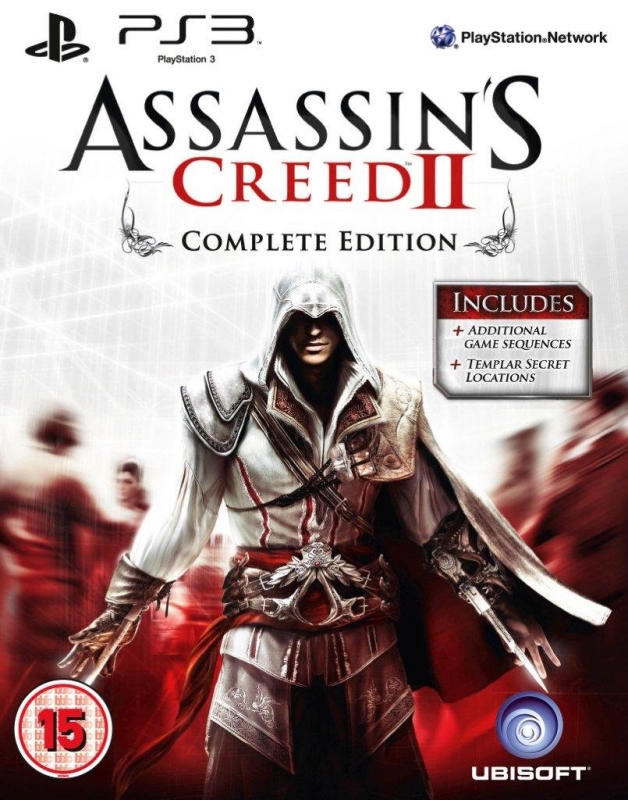 Assassin's Creed II: Complete Edition is a Compilation game, developed by Ubisoft Montreal and published by Ubisoft, which was released in Europe in 2010. Included in the package are download codes for the two DLCs, Battle of Forli and Bonfire of the Vanities and the three Templar Lairs.

Discover an intriguing and epic story of power, revenge and conspiracy set during a pivotal moment in history: the Italian Renaissance.

The lineage continues as this new chapter introduces Ezio, inheritor of the talents and creed of the Assassins. His family murdered by rival families, Ezio resolves to learn the ancient art of the Assassin in order to seek revenge. He will not do so alone though, allying with historical figures such as philosopher and writer Niccolò Machiavelli. You will also be able to master the art of the assassin with all new weapons and instruments created by the renowned inventor and genius of the Renaissance, Leonardo Da Vinci himself.

Experience the freedom and immersion of an all new open world and mission structure with settings such as the rooftops and canals of beautiful Venice. Your options in combat, assassination and escape are vast, with many new weapons, settings and gameplay elements.