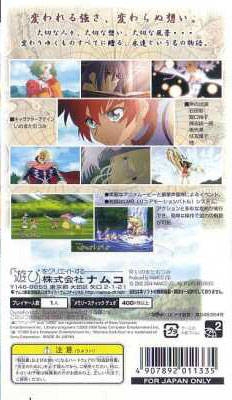 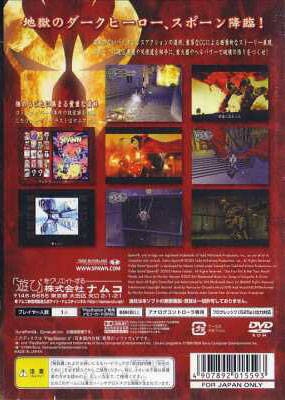 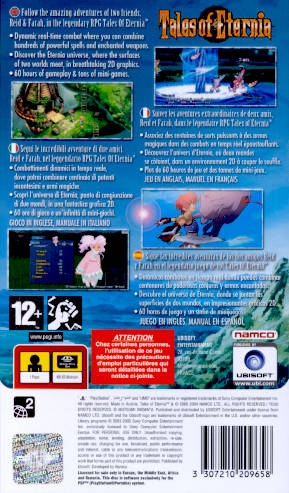 Reid Hershel, Farrah Oersted, and a mysterious girl named Meredy must embark on a journey to learn the truth on the fate of their world. The story begins when Reid and Farrah attend to the crash of a spaceship near their hometown, Rashea. As they investigate the place of the incident, a weird blue animal leads them to a young girl injured by the crash who speaks an unknown language. Further on, Reid and Farrah learn that the mysterious girl, named Meredy, came here to prevent a deadly collision between her planet, Celestia, and Reid and Farrah’s world, Inferia. With the help of some friends picked up along the way, Reid, Farrah, and Meredy set out on a quest to collect a set of spiritual beings, their only hope to save both of their planets from a terrible disaster. Control 1 character out of a party of 4 through magnificent 2D environments and 3D world maps. Master the "Tales of" Linear Motion Battle System; built around different striking techniques, real-time combos and spells. Discover a bunch of challenging mini games perfectly implemented to the story that will make the characters earn unique features.