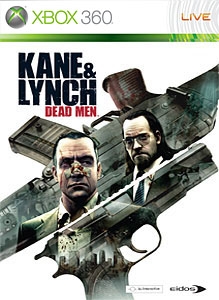 Kane and Lynch: Dead Men is the new action shooter franchise from creators of the multi-million selling Hitman series. Kane & Lynch: Dead Men follows the violent and chaotic journey of two men - a flawed mercenary and a medicated psychopath. This volatile partnership combined with innovative technologies allow for an unparalleled gaming experience.