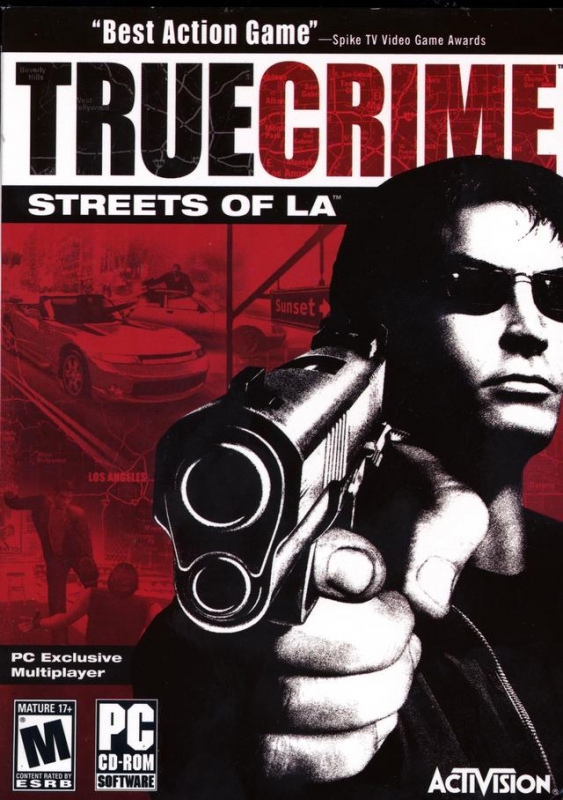 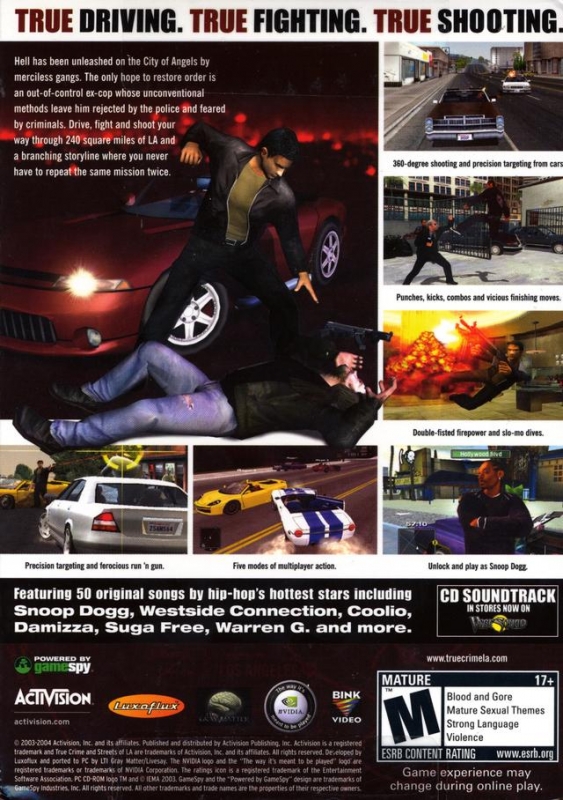 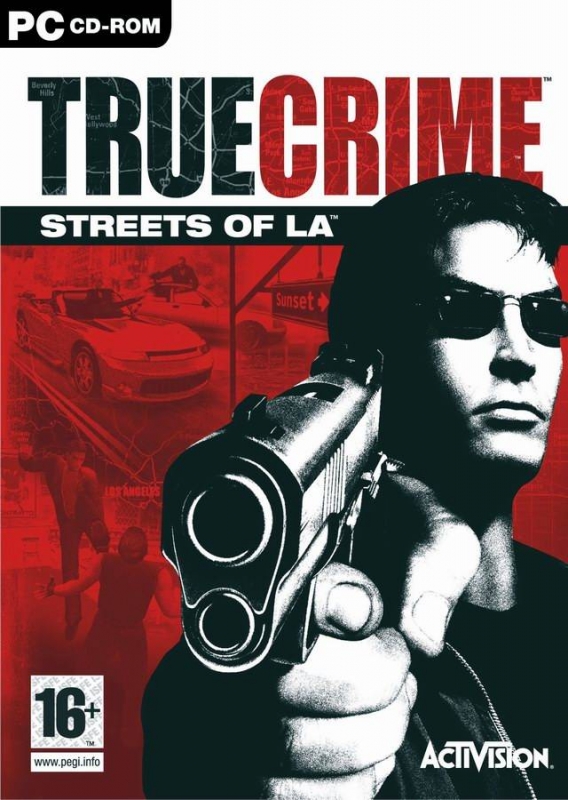 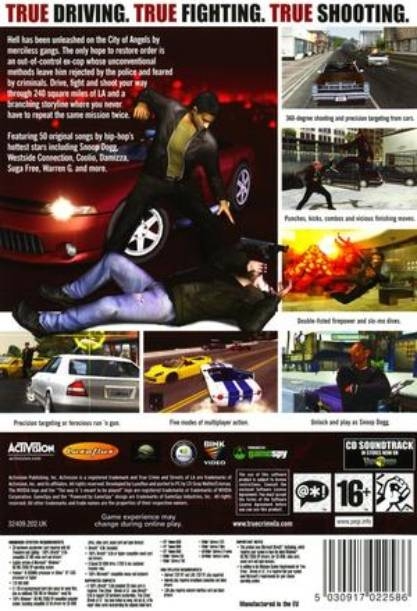 True Crime: Streets of L.A. will feature online multiplayer gameplay.  Using either GameSpy or a Local Area Network (LAN), up to four players can join up and play any of five different multiplayer games.  Drawing from the characters in the single player portion of True Crime, gameplay will vary from the Fast and Furious style of Street Racing mode, to patrolling the city and bagging the most criminals in The Beat.  Other multiplayer games include hand-to-hand combat in Dojo Master, slaughtering opponents with new weapons such as a rocket launcher or crossbow in Battle Master, and Los Angeles wouldnt be complete without a high speed car chase.  In The Chase, gamers can play either the police or criminal in a desperate race across the City of Angels.   The single player portion of True Crime: Streets of L.A. for the PC thrusts players into the role of rogue Elite Operations Division operative Nick Kang, a no-holds-barred badass, whose brutal reputation and lethal skills have landed him the nasty task of taking down the Chinese Triad and Russian Mafia cartel that have turned Los Angeles into a war zone.