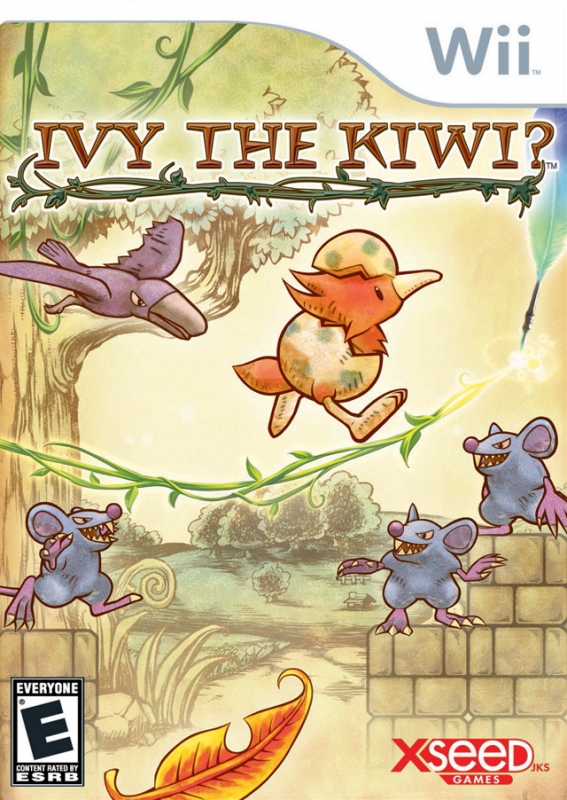 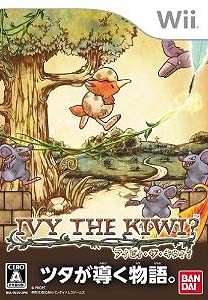 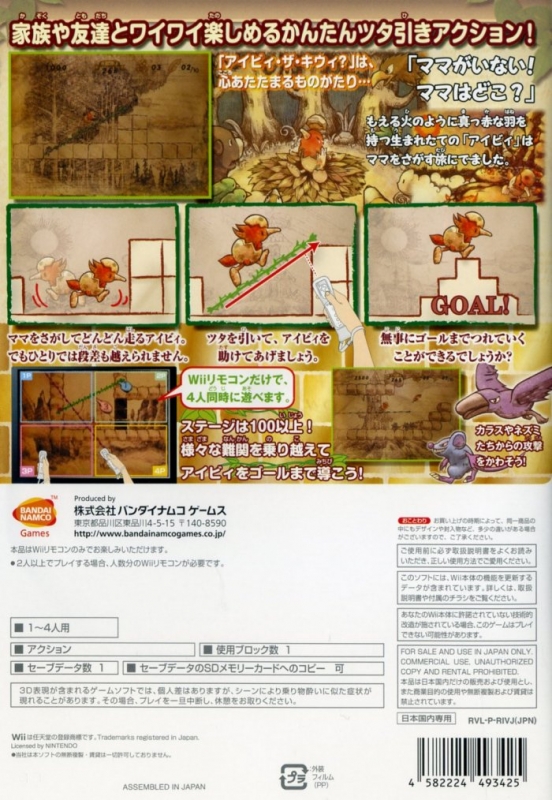 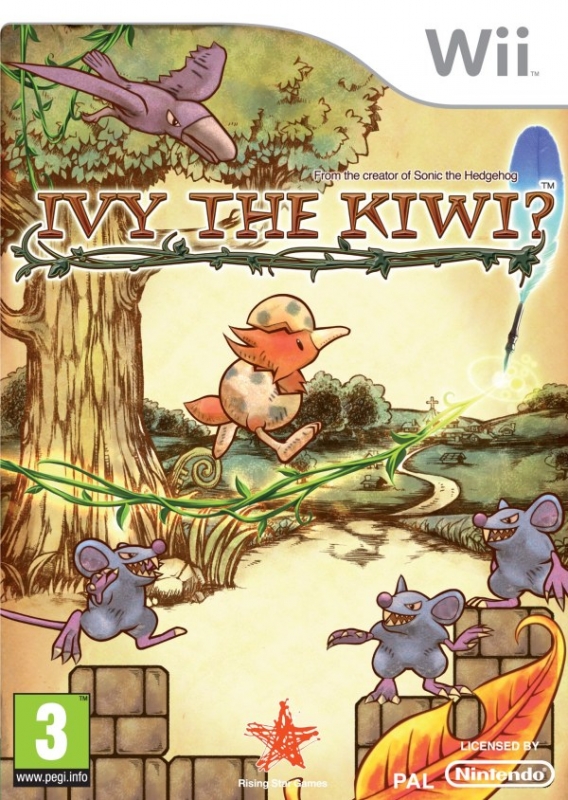 Players of all ages are instantly drawn to the plight of Ivy, introduced to the charming bird through an unfolding storybook style, first seen as her orange head and beak break out of her shell and cries for her mother. Receiving no response, Ivy sets off through a dreamy forest, meeting many birds but none who share her resemblance. As she wanders, she stumbles upon a single glowing red feather and the first clue of her mother’s whereabouts.


Presented in a beguiling storybook-like art style, Ivy the Kiwi? utilizes a unique control scheme on both the DS and Wii to guide Ivy through her daunting journey. Ivy moves back and forth freely and independently of the player through timed 2-D side-view landscapes, and is guided by the use of vines created and controlled by either the stylus or Wii Remote™ as players aim to collect more orange feathers through the stages to boost their overall score. These stretchy vines herd Ivy forward, upstairs, over walls and dangerous spikes and other menacing obstacles. Multiple vines may be created and used in conjunction, and an existing vine can be pulled in a slingshot motion to propel flightless Ivy skyward or forward as a projectile to drill through barriers and enemies. Vines bend and flex with the motion of the stylus or Wii Remote, but pulled too far and they snap!


Ivy the Kiwi? features over 100 hundred stages for both the DS and Wii versions. In addition to the single-player storyline, up to four players can compete using a single-card via local wireless connection on DS or in split-screen mode on Wii.

Currently in production, Ivy the Kiwi? will be released in North America by XSEED Games on DS and Wii during Summer 2010.