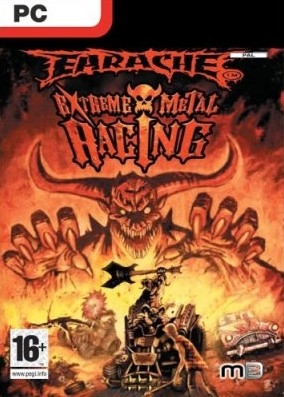 EARACHE EXTREME METAL RACING will feature ten evil Earache racing teams burning a lot more than rubber through hell and other wastelands. Along with themed tracks from the combatants on the starting grid there'll also be a plethora of extreme Earache classics making up the soundtrack of the game from such luminaries as Napalm Death, At The Gates, Cathedral, The Haunted, Hate Eternal, Cult Of Luna, Beecher, Urkraft, Anata, Mistress, Severe Torture and many others.