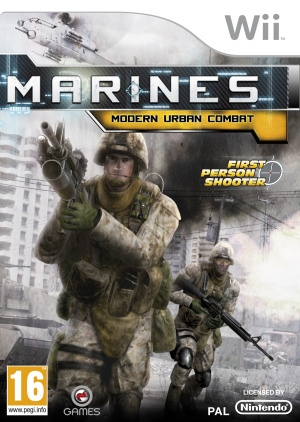 Become a Marine in this compelling and realistic squad based military shooter, using the tactics and tools of the real US Marine Corps. Lead your squad through the deadly streets of Beirut and command them to their posts using the intuitive Wii Remote™ controls.

Play in co-operative multiplayer mode where a second player can join in as the rifleman and help player one in completing the missions.

Marines: Modern Urban Combat allows players for the first time to play as a Marine, using their real life tactics to lead a squad to win the war.