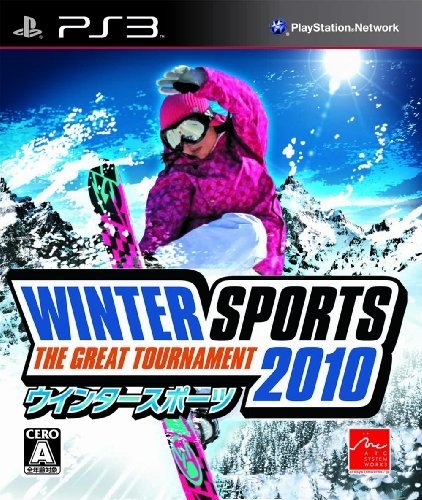 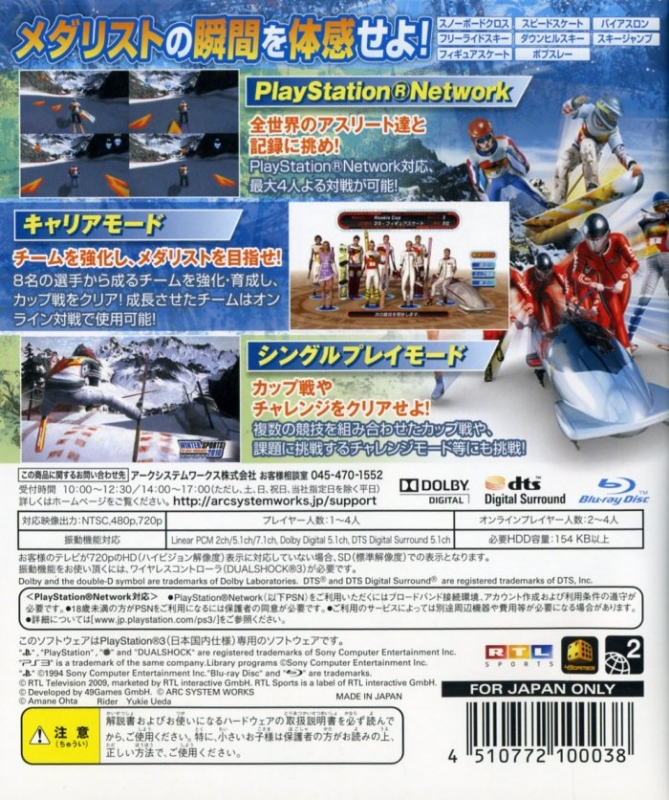 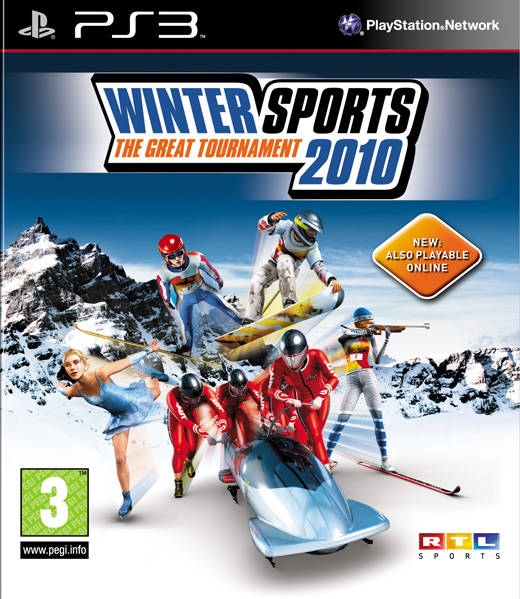 RTL Sports launches a new season of winter sports: Winter Sports 2010 – The Great Tournament is being developed by the games provider 49Games in Hamburg, Germany.

This year's edition of the winter sports simulation was completely reworked in order to use the next gen consoles' functions to their greatest advantage. Apart from the attractive sports such as boardercross, ski flying, alpine skiing, freeride skiing, short-track speed skating, figure skating, bobsledding, and biathlon, players of Winter Sports 2010 also have a complex career mode to look forward to.

In the story-based career mode, players can invest any experience points they collect in improved skills and equipment for their characters, and work their way up from beginners to world-class athletes. All of this takes place within a gripping story in which the player takes part in 16 competitions against four national teams. As an added challenge, one of those teams is the player's ultimate rival, and particularly hard to beat.

Winter Sports 2010 also provides "casual" entertainment: In single discipline mode, players get to take part in the event of their choice in order to hone their skills in that discipline. Veterans also get their money's worth in Winter Sports 2010. The extended trick system for the disciplines of boardercross and freeride skiing provides the ultimate challenge for experts.

Winter Sports 2010 will also thrill fans of multiplayer games. Up to four friends may compete for the top position in the championship rankings - there can be only one champion, after all.

Eight unique sports disciplines and full online support for all platforms for the first time ever, make for hours of gaming fun. The online mode "fair play" launches an event where each participant controls an equally skilled athlete, thus showing the players' real strengths and weaknesses in every discipline. On the other hand, the players' individually trained avatars get to compare their abilities in the online "tough mode".

-       Fair play strips help identify "good" and "bad" players in the career and online modes; the players' behavior is immediately reflected in the fair play strips

-       Next gen system of graphics and physics