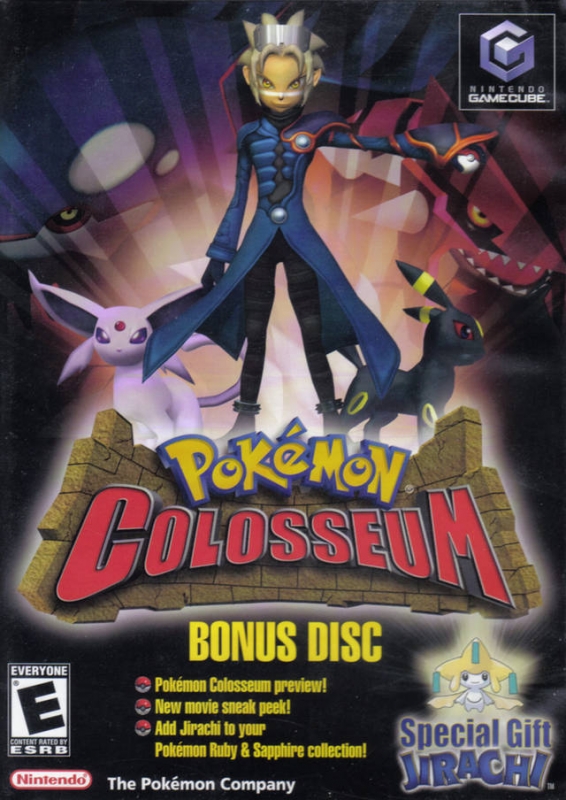 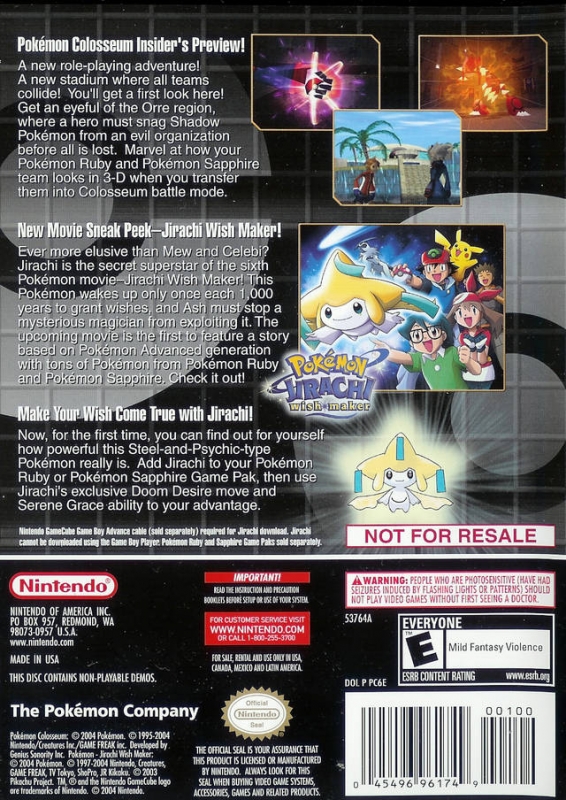 A bonus disc filled with extras, including rare Pokemon Jirachi. The disc will also include a glimpse of the upcoming Pokemon move Jirachi Wish Maker and a preview of Colosseum.

Jirachi, according to Nintendo, is a legendary Pokemon who awakens once every 1,000 years to grant wishes.

Gamers can download Jirachi from the bonus disc to Pokemon Ruby or Sapphire on Game Boy Advance using the link cable. The character will then become available in the handheld titles.

"Pokemon Colosseum combines the best of both role-playing elements and 3D battle games," said George Harrison, Nintendo of America's senior vice president of marketing and corporate communications. "With this special pre-sell offer, fans will be battling to see who can be the first to buy Pokemon Colosseum."