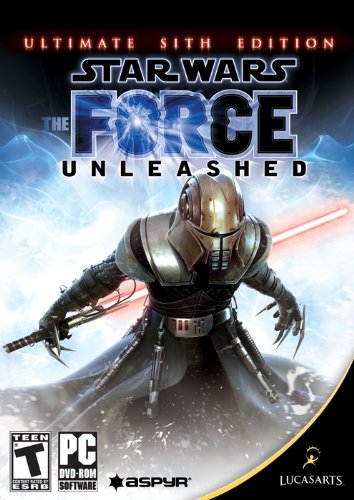 This entry in the Star Wars saga casts players as Darth Vader's "Secret Apprentice", unveiling new revelations about the Star Wars galaxy. The expansive story, created under direction from George Lucas, is set during the largely unexplored era between Star Wars: Episode III Revenge of the Sith and Star Wars: Episode IV A New Hope. In it, players will assist the iconic villain in his quest to rid the universe of Jedi - and face decisions that could change the course of their destiny. As its name implies, The Force Unleashed completely re-imagines the scope and scale of the Force by taking full advantage of newly developed technologies only possible on next-gen consoles that will be seen and experienced for the first time anywhere in videogaming. This Ultimate Sith Edition combines the original Star Wars The Force Unleashed videogame with three new levels set in iconic Star Wars locales and a host of new costumes and character models. This special edition of the game will show players the deepest, darkest side of the Force in a story that puts them on a collision course with Luke Skywalker himself.