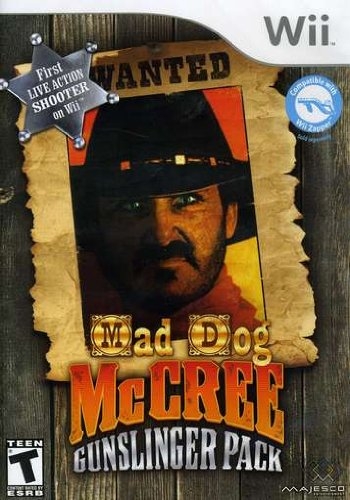 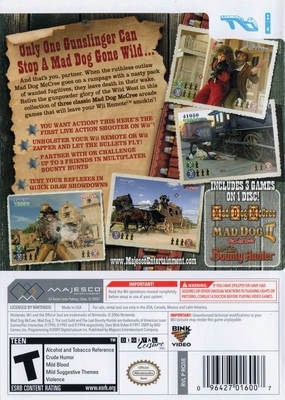 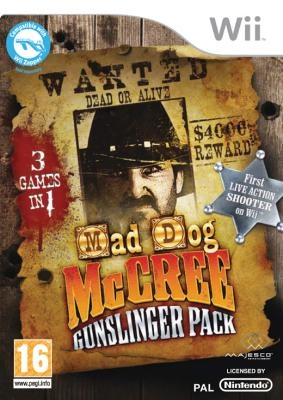 When ruthless outlaw Mad Dog McCree goes on a rampage with a nasty pack of wanted fugitives in tow, they leave death and destruction in their wake. You are the only gun-slinging bounty hunter who can take him down in this three-in-one collection of classic arcade games that includes: Mad Dog McCree, Mad Dog 2: The Lost Gold and The Last Bounty Hunter.

Players use their Wii Remote or Wii Zapper accessory as the ultimate six-shooter in this Wild West adventure featuring live actors. Fast reflexes and precision shooting are the keys to survival when outlaws ambush from every angle and nail-biting showdowns are only a bullet away. As they pursue Mad Dog and four other wanted fugitives, players can choose from three different difficulty levels to hunt them alone or join forces with others in two multiplayer modes – Posse and Rebel. In Posse Mode, players work together with up to three friends in pursuit of a combined high score, while in Rebel Mode they work independently with up to four bounty hunters for individual high scores. Whether sharpshooting solo or with a posse, the Mad Dog McCree Gunslinger Pack lets players deliver their own brand of Wild West justice and walk away with their gun smokin’!