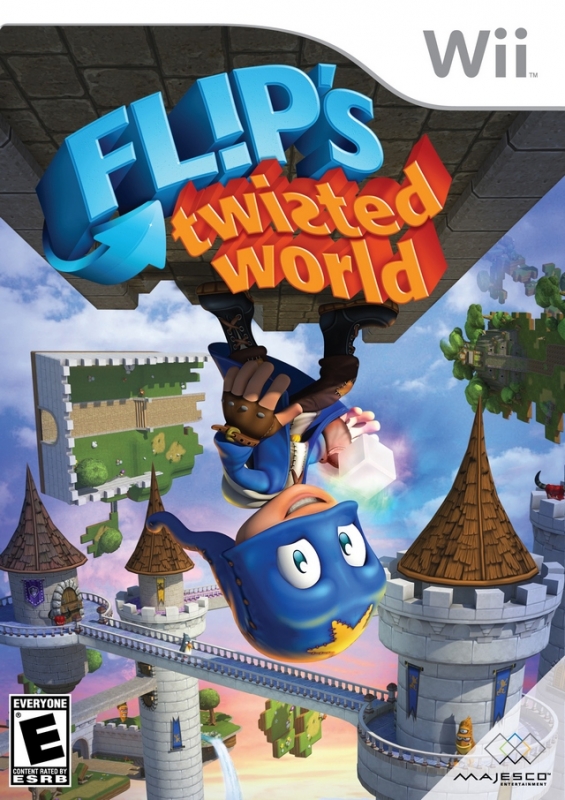 In Flip’s Twisted World, Master Fulcrum’s curious apprentice Flip messes with the wrong magic artifact and gets sucked into a crazy cubed universe. To escape his cube prison, Flip must turn the entire world to reveal new paths and endless possibilities. Adventuring through five bizarre puzzle worlds, Flip must stop the destruction of the universe and restore The Master’s home to normal before he returns.

Players help Flip navigate his world by rotating the environment 90 degrees in any direction with a simple twist of the Wii Remote™. Walls become floors and obstacles transform into openings once players change their point of view. As Flip progresses through the game he’ll meet many unique characters – some helpful, others hurtful – and collect five magic tools to aid his journey home. Optional side quests let players unlock bonus goodies and alternate costumes, while finding pieces of the Master’s lost journal reveals secrets of the magic universe’s past.