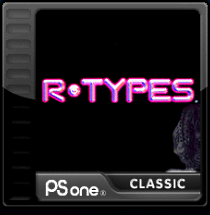 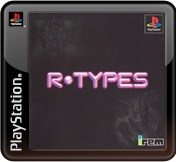 Uniting two of the most difficult challenges of all time, R-TYPES presents the game R-TYPE and R-TYPE II in one complete package, In R-TYPE, The Bydo Empire controls the rule of the land and their evil ideas promote slaughter and hatred. Grotesque creatures roam the world striking fear into the hearts of the few decent people left to care. Your job is to play through 8 stages destroying the monster swiftly and thoroughly; if you don't, the world is doomed forever. In R-TYPE II, The Bydo Empire has been reivived and is back to its evil ways. With its new power, it has rapidly achieved evolution in a different dimension, and it's up to you to save a galaxy riddled by fear and cowardice. If your counterattack is going to succeed you'll need to journey to ancient ruins, dark caverns, into the crimson sky, and onto a Bydo star. Do you think you have the the courage to defeat the Empire twice? Now you can find out.