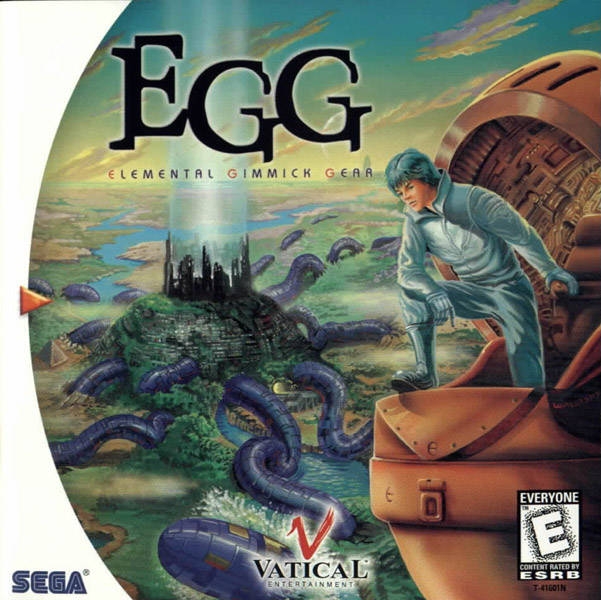 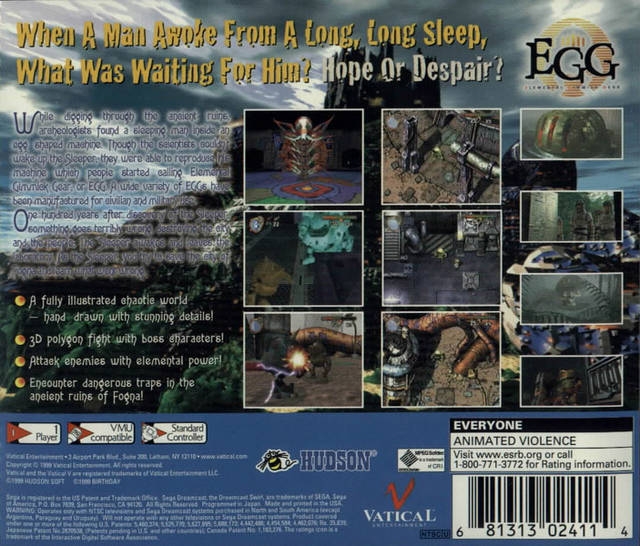 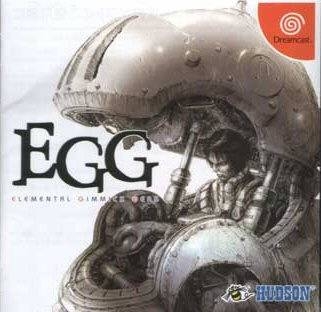 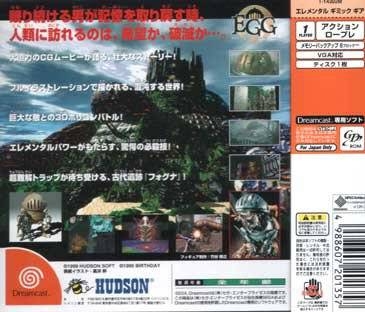 While dipping through the ancient ruins, archaeologists found a sleeping man inside an egg-shaped machine. Though the scientists couldn't wake up the Sleeper, they were able to reproduce his machine, which people started calling Elemental Gimmick Gear, or EGG. A wide variety of EGGs have been manufactured for civilian and military use. One hundred years after the discovery of the Sleeper, something goes terribly wrong, destroying the city and the people. The Sleeper awakens and leaves the laboratory. As the Sleeper, you try to save the city of Fogna and learn what went wrong.