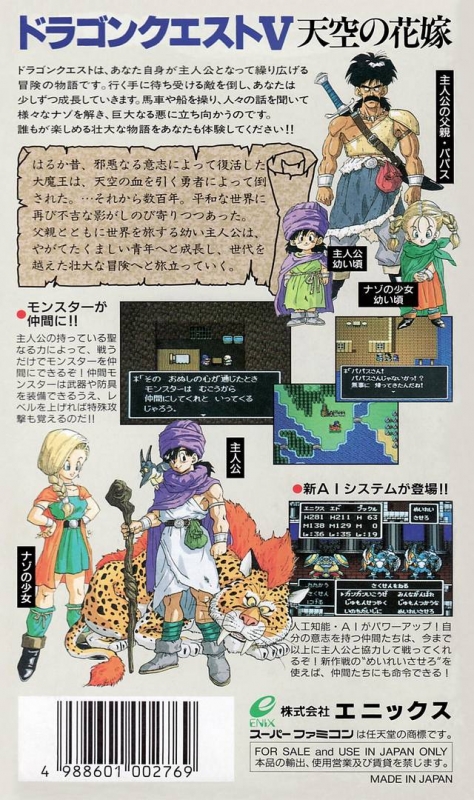 The hero is the son of a king and queen of the country of Granbania. His mother died in childbirth, and shortly thereafter, his  father, Papas started to journey around the world to search for something. You start out the game as the hero when he's 6 years old, journeying with Papas. After a few adventures, Papas is made caretaker of Prince Henry of Reinhart. Prince Reinhart gets kidnapped, and Papas and the hero set out to save him.

You successfully rescue Henry, but then the hero and Henry get captured and Papas is blackmailed into not fighting while the capturer's henchman attack and then kill him. As Papas dies, he tells the hero that his mother is still alive. The hero and Henry are taken as slaves to work on building a huge palace, and are forced to do so for 10 years, after which they manage to escape. Afterwards, the game primarily focuses on the hero trying to find and save his mother. At one point in the game, you have to choose who to marry out of two people, and the plot differs slightly depending on who you choose.