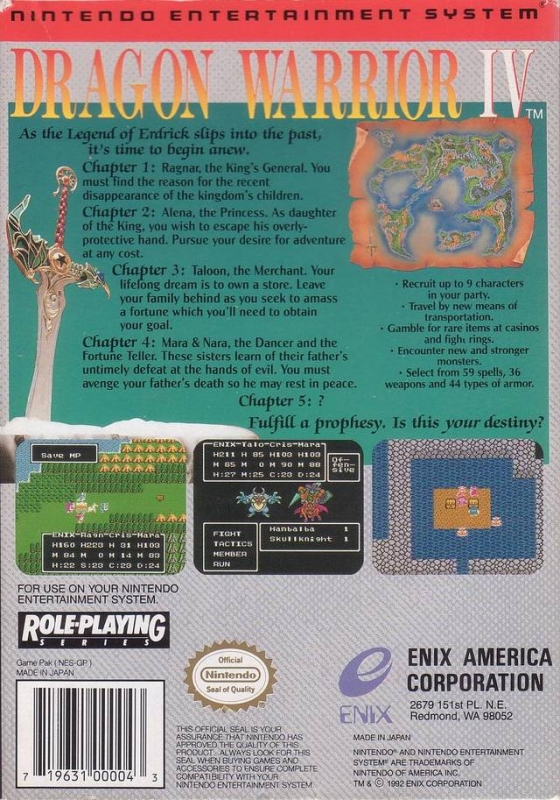 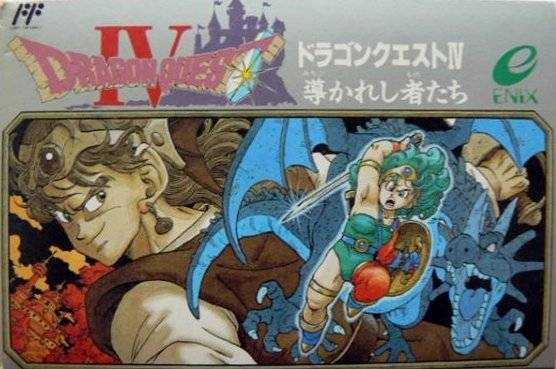 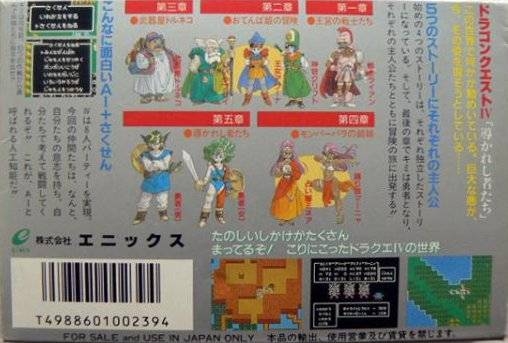 The final part of the epic series for the NES, Dragon Warrior IV is a combination of five chapters, where you must rescue the heroes in each chapter so you all will join forces in the final chapter to defeat the evil boss. Dragon Warrior IV is one of the few of its kind in the early days of gaming that featured a tactics system. Other than the final chapter, you can arrange the heroes as you want, with the hero in front collecting the most damage. The advantage is that in the final chapter the heroes will gain enough experience so they can fend off on their own. There is an option to choose six different strategies for each character. They will then follow your strategy to the best of their abilities while you control your hero character directly. To add to the RPG-style combat, you can reserve characters in order to use a character that is more suited to the enemy or to save characters once one is gone.