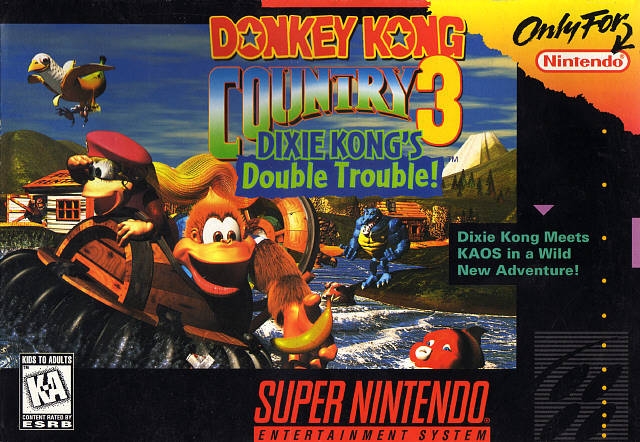 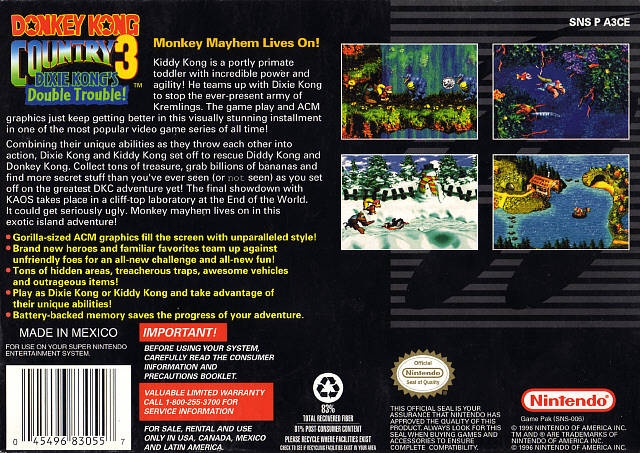 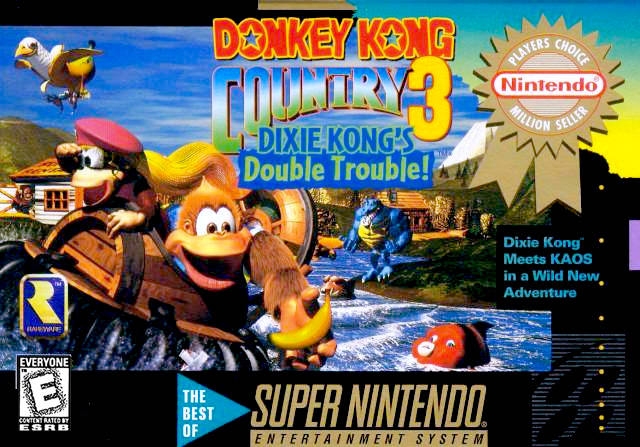 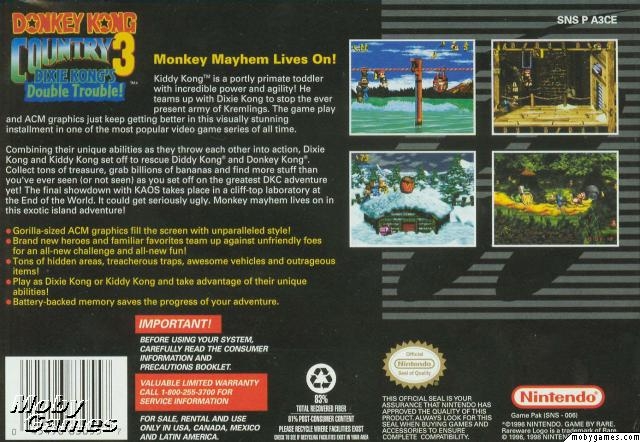 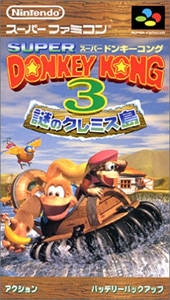 Dixie Kong is back! This time she is on a quest to rescue the captured Diddy Kong and Donkey Kong. Donkey Kong Country 3 uses familar gameplay and Advanced Computer Modeling (ACM) graphics like its predecessors. Play as Dixie Kong or newcomer Kiddy Kong and take advantage of their unique abilities, such as teaming up for special moves. You'll also find the familiar animal buddies Enguarde, Squawks and Squitter to help you, and you'll meet two new ones: Ellie the Elephant and Parry the Parallel Bird. Run, jump, spin and hop through 48 levels (plus tons of bonus levels) as you collecttreasure, grab billions of bananas and find more secret stuff than you've ever seen as you set off on the greatest DKC adventure yet. The final showdown with KAOS takes place in a cliff-top laboratory at the End of the World. It could get seriously ugly. Monkey mayhem lives on in this exotic island adventure!