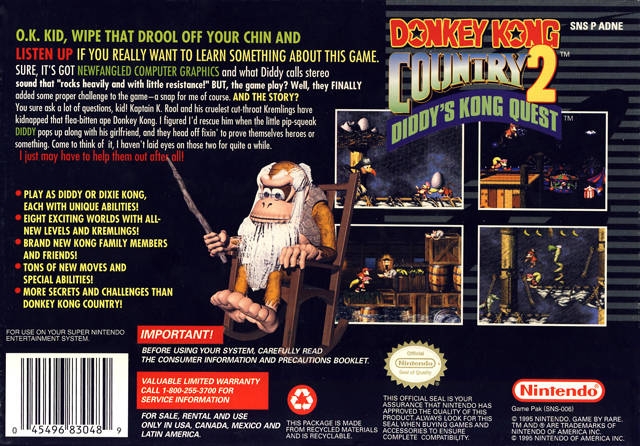 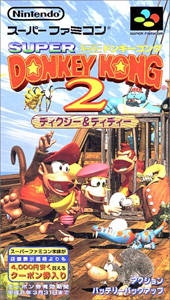 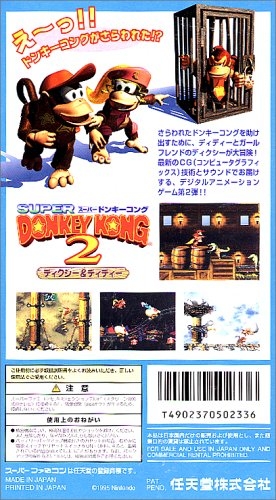 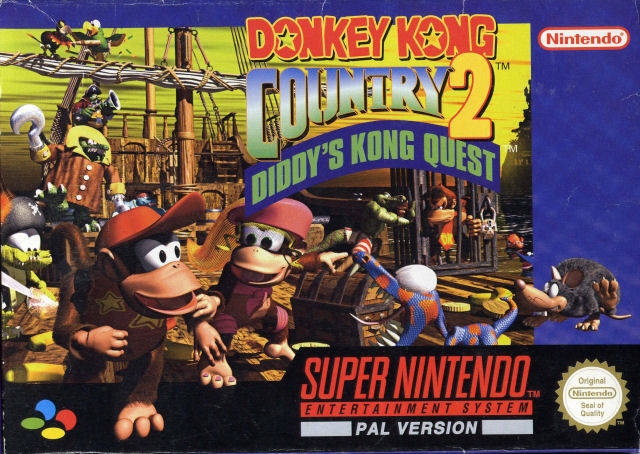 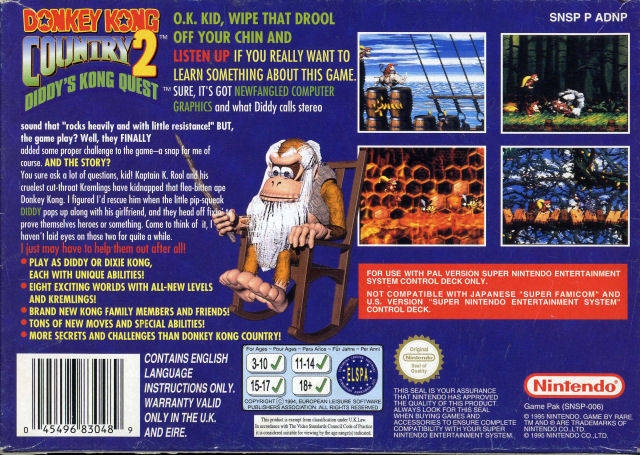 In the sequel to the immensely popular Donkey Kong Country™, Diddy Kong® gets the spotlight, along with his girlfriend, Dixie Kong™ - a great little monkey with a dangerous ponytail. The action starts on the wreck of King K. Rool's Gangplank Galleon that has apparently broken up on a reef offshore from the Kremlings' Island. Diddy and his friends will have to work together to rescue Donkey Kong®, exploring all the hidden areas of the Kremlings' island: a spooky haunted forest, treacherous swamps, a giant beehive oozing with sticky honey and lava-filled caves, just to name a few.