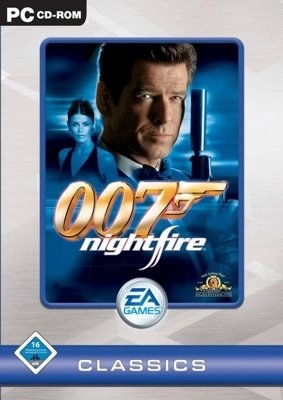 NightFire will feature an original single player storyline - written exclusively for the game and borrowing from the rich 007-legacy that spans 40 years. As Bond, players will operate in the snow capped Austrian Alps and the far reaches of outer space as well as underwater in the depths of the South Pacific to defeat the evil criminal mastermind Rafael Drake, the popular head of a supposedly benign environmental organization who secretly is bent on world domination. NightFire will offer a deep and rich gameplay experience that epitomizes the Bond universe. The game is primarily seen through a fast-paced, first person perspective. The camera will switch to a dynamic third person perspective for particular interactive game mechanics or to show off heroic Bond moments. NightFire will feature a large variety of missions filled with furious action and stealth, gorgeous women exotic locales, and sophisticated spy-craft gadgetry that Bond fans expect.