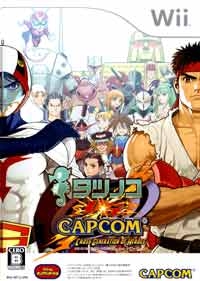 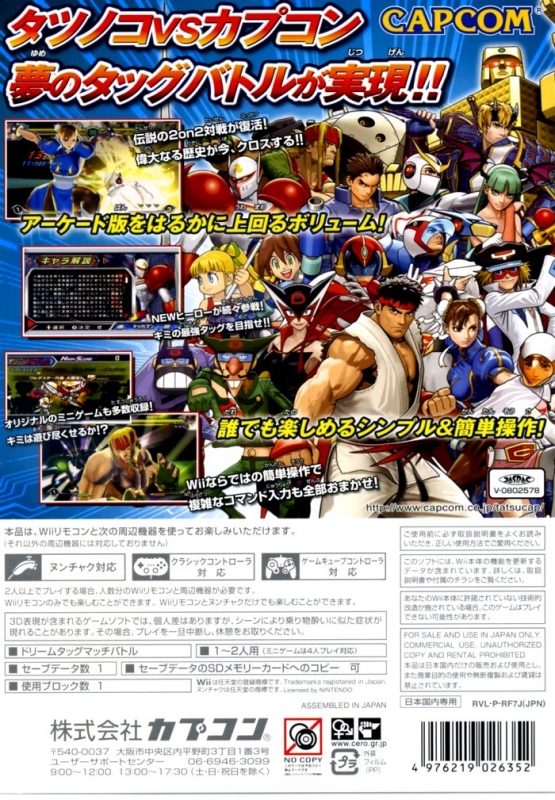 TATSUNOKO VS. CAPCOM: ULTIMATE ALL-STARS pairs well-known characters from Capcom’s roster of games with some of Japan’s most beloved characters from anime powerhouse Tatsunoko Production. From Capcom’s 30-year history comes characters like Ryu and Chun-Li from the Street Fighter series, Morrigan from Darkstalkers and company mascot Mega Man Volnutt from Mega Man Legends. Tatsunoko’s near half-century of Japanese animation excellence is represented by the likes of Ken the Eagle and Jun the Swan from the Science Ninja Team Gatchaman anime (known in North America as Battle of the Planets or G-Force), cybernetic warrior Casshan and comedic action hero Yatterman No. 1. All together, there are more than 20 colorful combatants to choose from in order to form the ultimate tag team combination.

Gameplay will instantly set fighting game fans’ fingers twitching, combining elements from Capcom games like Street Fighter and previous entries in the VS series, TATSUNOKO VS. CAPCOM ULTIMATE ALL-STARS is a fun fighting game designed for all levels of players. Players choose from the combined roster of fighters to create their favorite two man/woman/cyborg/robot tag team, rotating on the fly between the two players throughout the course of each match. Those new to the genre will appreciate the game’s bright visual style and simplified four-button fighting controls. Hardcore Capcom fighting fans will dig in to the game’s depth, uncovering huge Aerial Rave combos and unique Variable Assists, gorgeous Hyper Combos, and Variable Combinations that combine the capabilities of two members of the player’s tag-team to unleash huge damage.