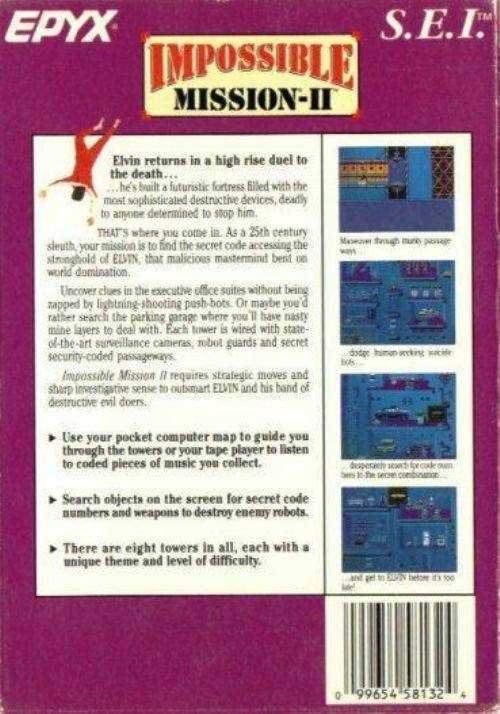 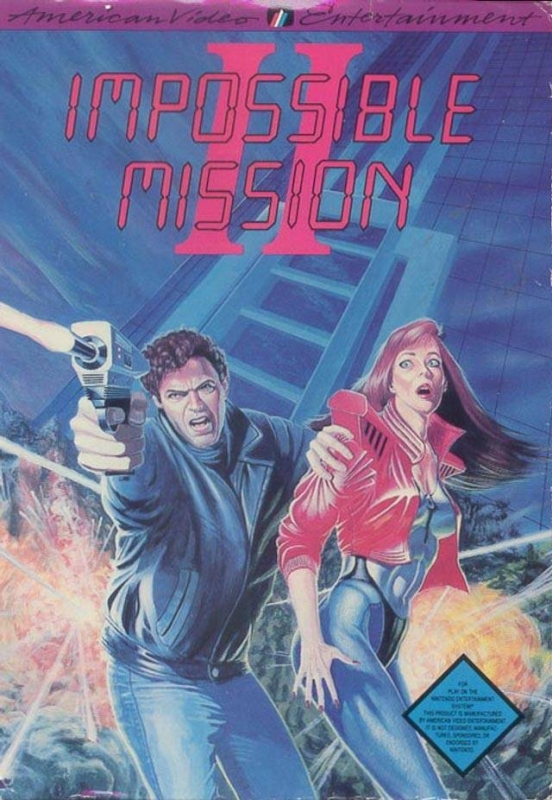 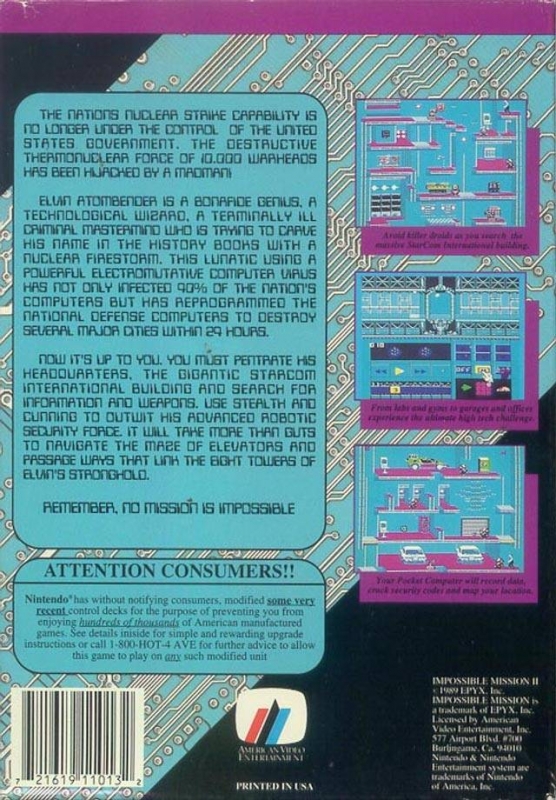 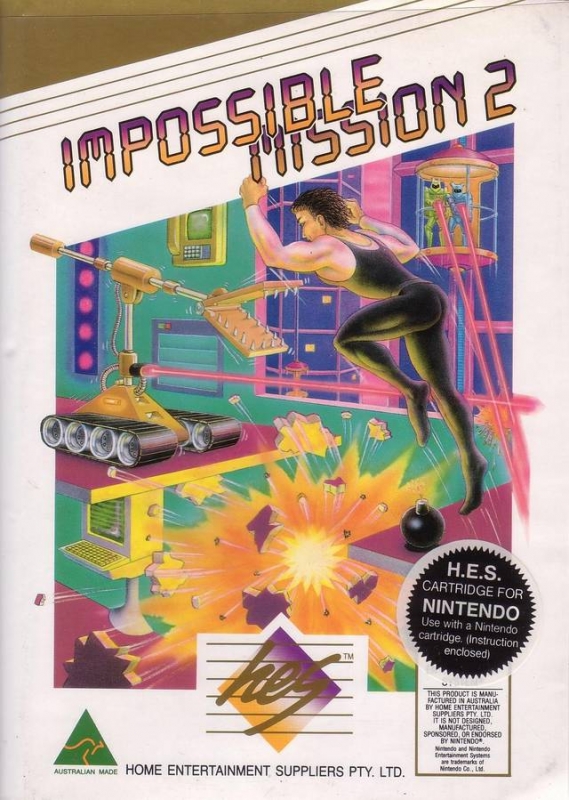 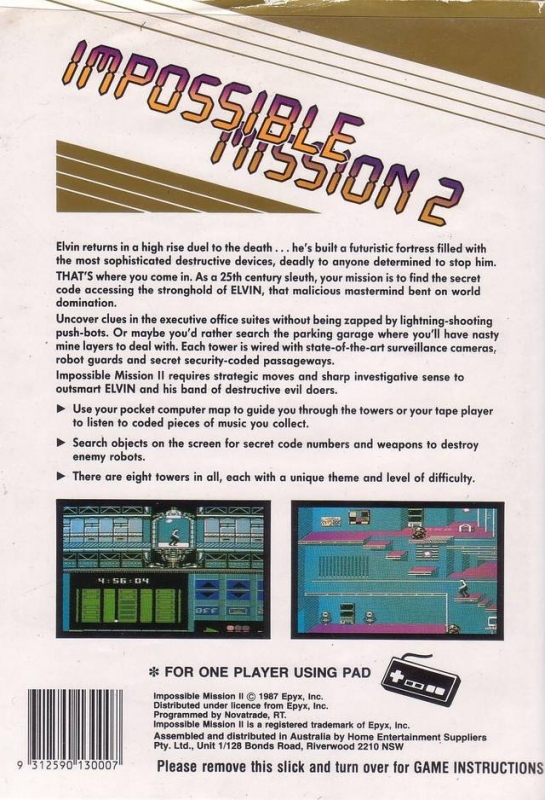 Elvin returns in a high rise duel to the death. He's built a futuristic fortress filled with the most sophisticated destructive devices, deadly to anyone determined to stop him. That's where you come in. As a 25th century sleuth, your mission is to find the secret code accessing the stronghold of ELVIN, that malicious mastermind bent on world domination. Uncover clues in the executive office suites without being zapped by lightning-shooting push-bots. Or maybe you'd rather search the parking garage where you'll have nasty mine layers to deal with. Each tower is wired with state-of-the-art surveillance cameras, robot guards, and secret security-encoded passageways. Impossible Mission II requires strategic moves and sharp investigative sense to outsmart Elvin and his band of destructive evil doers!