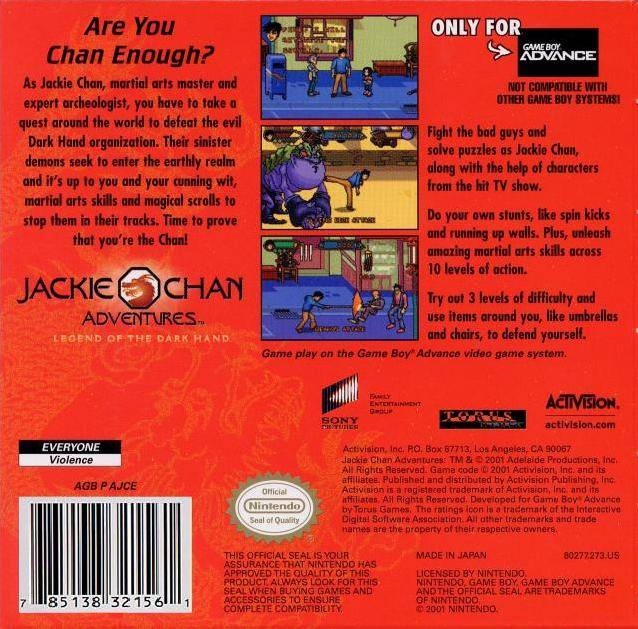 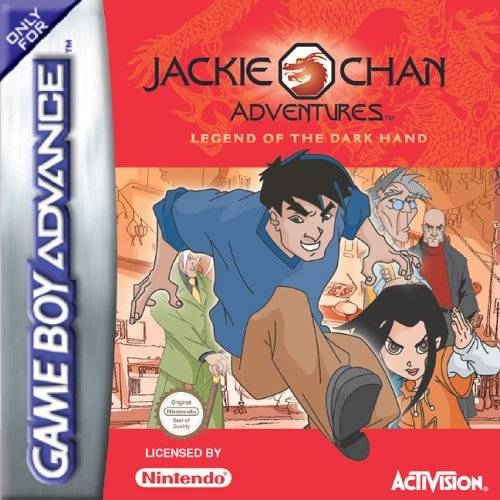 Starring, Jackie Chan, Jackie Chan Adventures: Legend of the Dark Hand combines eye-popping anime-style animation with fast-paced comedy. As Jackie, martial arts pro and expert archaeologist, players can pull-off incredible moves and death defying stunts including quick punches, spin kicks and unbelievable acrobatic maneuvers. Additionally, gamers will be able to use in-game objects such as furniture and brooms to defend themselves. On his quest, Jackie will be joined by friends and foes alike. Jackie's feisty niece, Jade, as well as his wisecracking uncle will coach and cajole Jackie as he navigates the globe. The two main villains from the show also co-star in the game, and Jackie must encounter and defeat Valmont, leader of the Dark Hand, and Shendu, the demon overlord of Dark Hand.