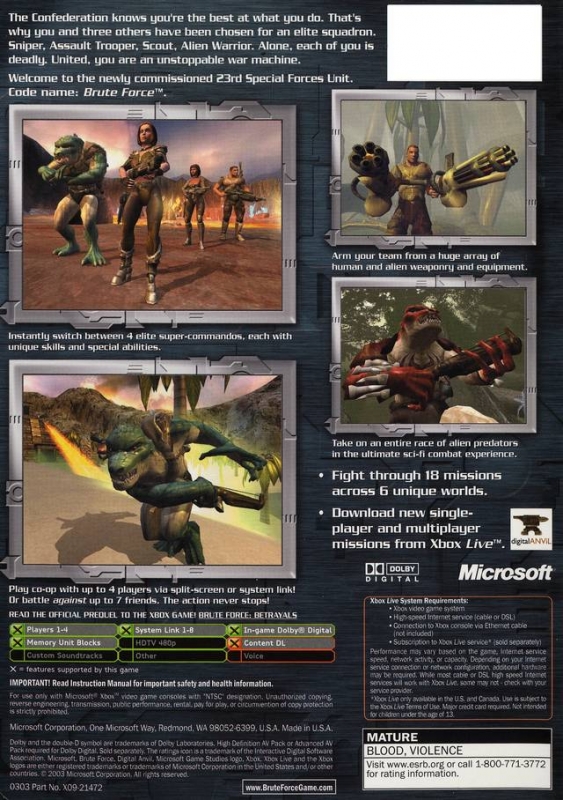 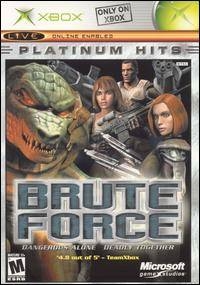 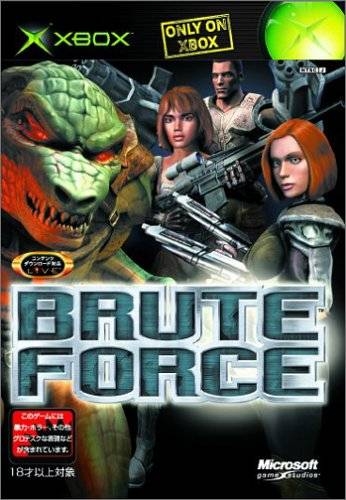 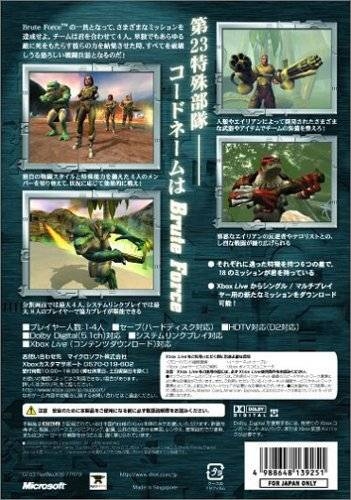 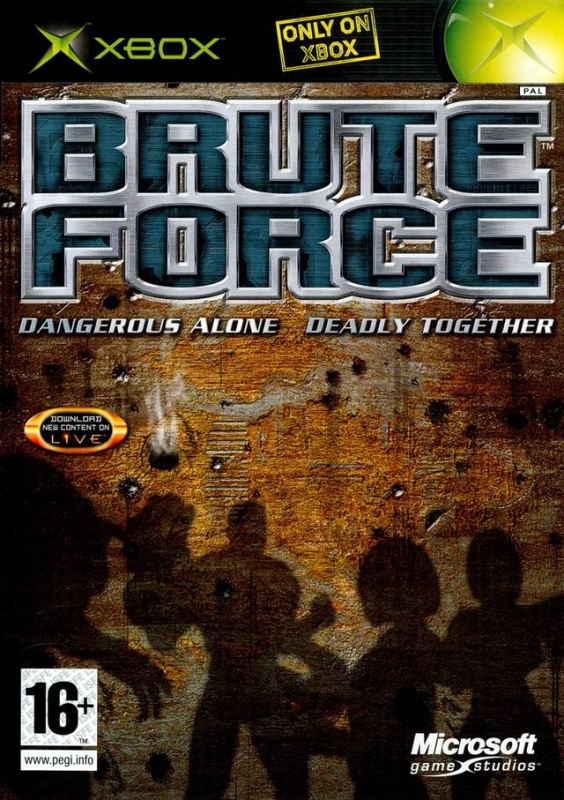 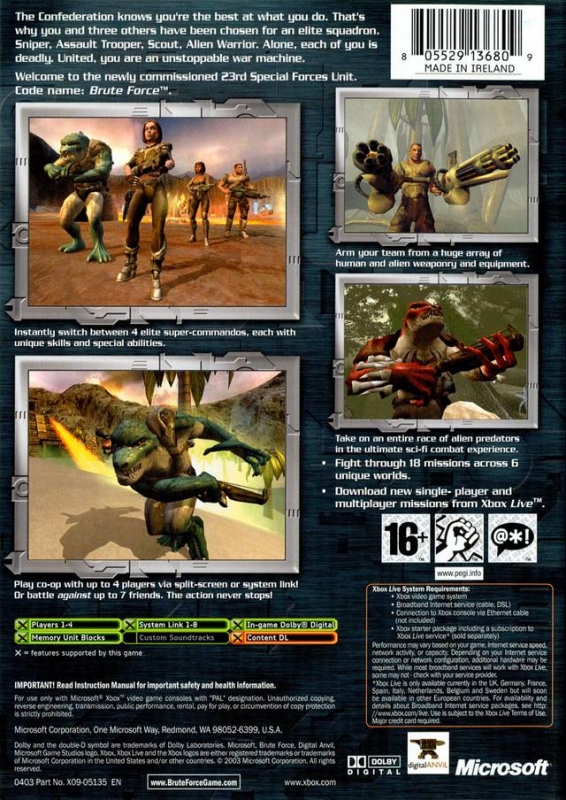 Take control of any one of four highly specialized super-commandos in Brute Force™, a new action-packed sci-fi, squad-based shooter game and the first Xbox title from world-renowned developer Digital Anvil. Whether the encounter requires stealth, tactics, sniping, or just "Brute Force," the team is ready and able.

Experience the intensity of a shooter game with the cunning strategies of team-based tactical combat. Play solo through six worlds in the extensive single-player campaign, or play co-operatively with up to three friends via split-screen or System Link. Battle it out in a multitude of competitive death-match modes with up to eight players, and download new content, including campaigns, mission and maps to keep the game fresh for incredible replayability.