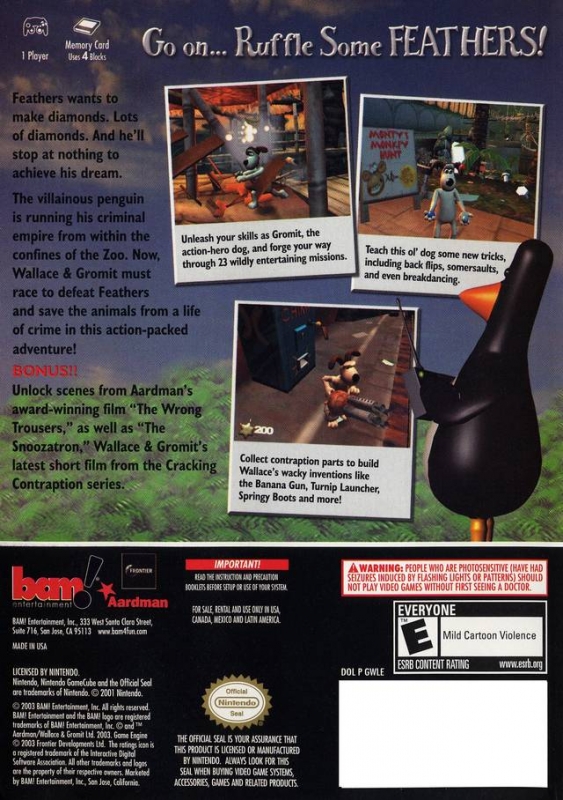 Go on... Ruffle some FEATHERS!

Feathers wants to make diamonds. Lots of diamonds. And he'll stop at nothing to achieve his dream.

The villainous penguin is running his criminal empire from within the confines of the Zoo. Now, Wallace & Gromit must race to defeat Feathers and save the animals from a life of crime in this action-packed adventure!

*BAM! Entertainment - back of box