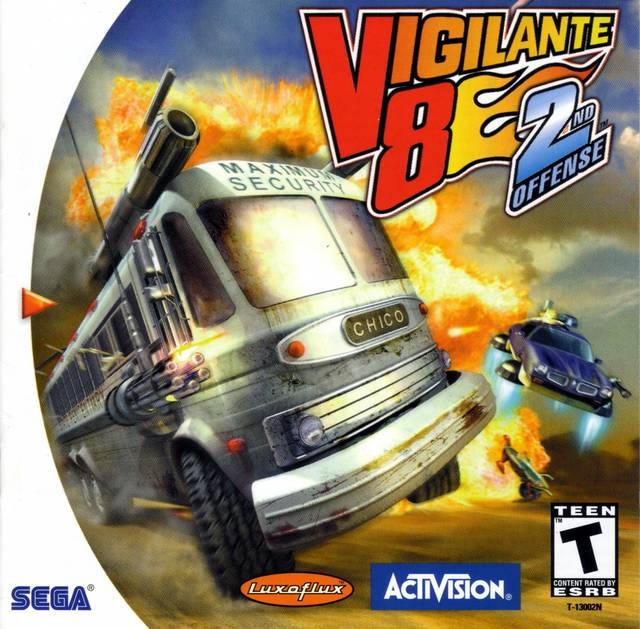 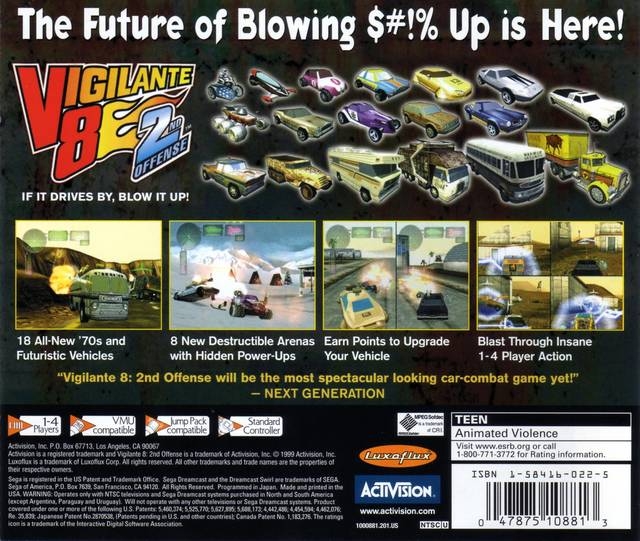 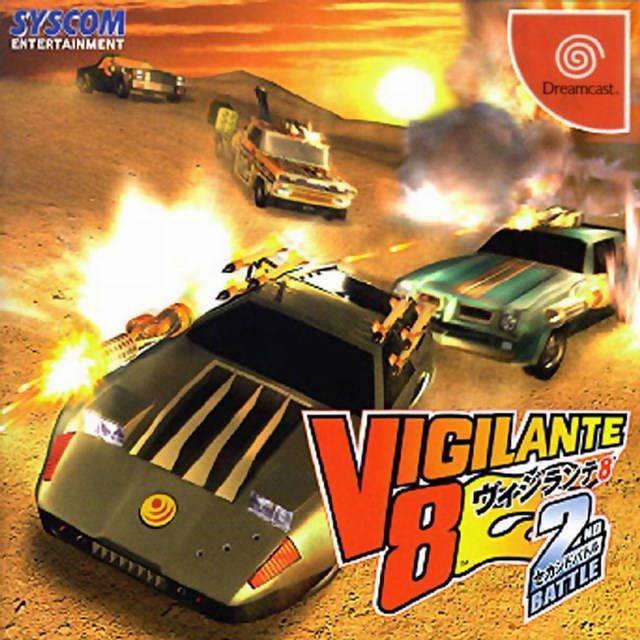 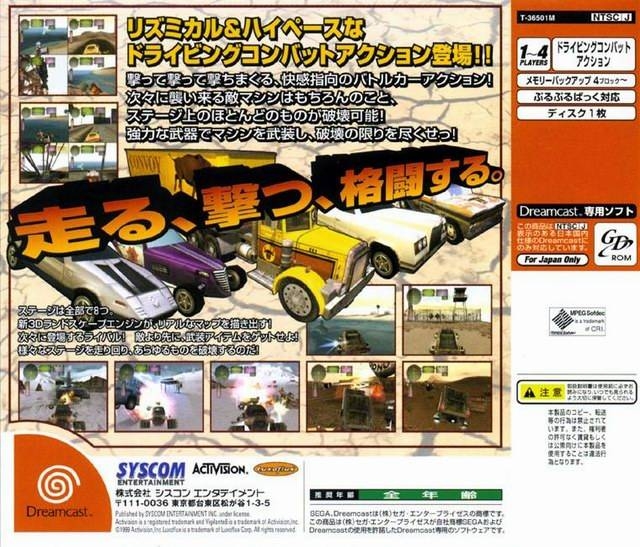 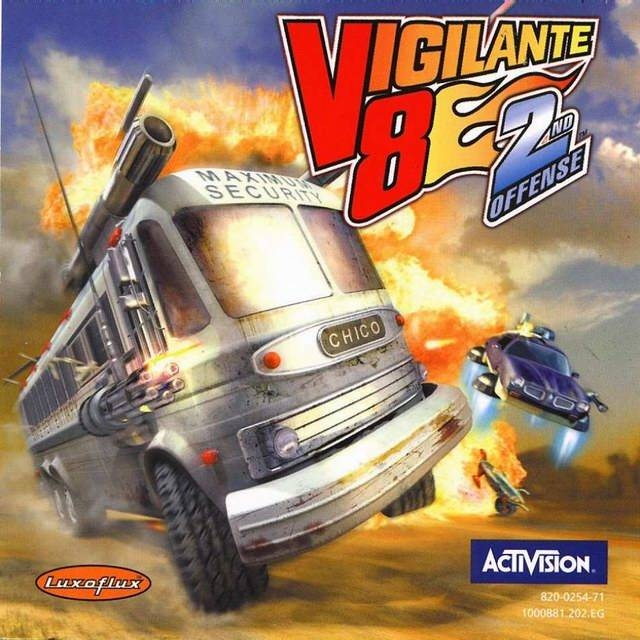 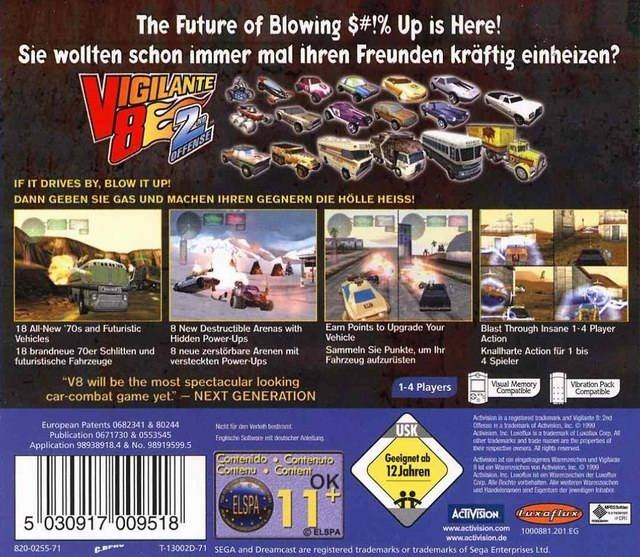 Vigilante 8: 2nd Offense delivers all the elements of its best-selling predecessor: fully destructible environments, over-the-top characters and breakthrough graphics while upping the ante with morphing vehicle advancements, special attack moves, explosive realism, and even more Multiplayer options. The King of Auto Combat is on the road again!
Blast away through 12 fully destructible battle arenas across the United States. Uncover hidden and bonus areas, cars, power-ups, and weapons throughout graphically distinct environments. For a better look at the destruction, switch between behind-the-wheel or behind-the-car views on-the-fly, plus Multiplayer split-screen.
Drive 18 new, fully loaded '70s style vehicles, which can be modified with high-tech enhancements and power-ups that morph into place as you progress, allowing improved snow/ice/water driving and hovering for jumps.