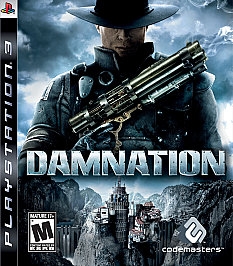 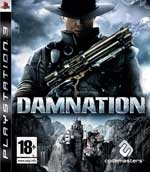 Changing the landscape of shooters forever with a revolutionary blend of movement and combat in all three dimensions, Damnation is a non-stop test of reflexes, decision-making and action. Taking the shooter vertical, Damnation features massive streaming landscapes that set the stage for post-industrial battles between humanity and an unstoppable corporation in the wastelands known as Damnation. With the freedom to go anywhere and kill anyone to reach a goal, players create their own routes using vehicles, acrobatics and climbing to get around the huge maps.

In Damnation, players take control of Captain Hamilton Rourke, a member of the guerrilla resistance force known as the Peacekeepers. A veteran of the Great War, Rourke has his own personal agenda in avenging the death of his fiancé.