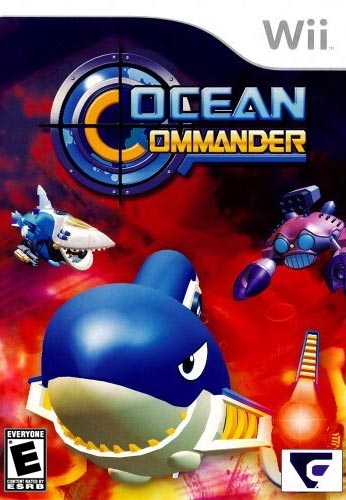 In the year 3011 the planet Earth evolved through disastrous changes. Mountains and sheets of ice in the Arctic melted due to global warming. Volcanoes under the sea emerged causing 90% of Earth’s continents to be entirely flooded.

What are left of the mass continents are scattered islands. Ten years after the Chaos Empire was born, marine technology progressed instantly to adapt to the changing environment, whilst the main objective is to rule the Earth.

At the same time, the Earth Federation is developing a special submarine in preparation for this war. Its code name is “BS-7001A Metal Fin”. It has dexterous movements and adjustability to become many forms.

However, this war machine is only a prototype model, in which some parts are still under development. But the war has already begun. There is no time and you must get out of the base to protect the Earth.

Don’t worry.., you will find more weapons and spare parts in your ship. Your mission is to destroy all of Chaos Empire’s ships and bases. The future of the Earth lies in your hands!!

Ocean Commander is a stylized side scrolling shooter, aimed at casual and hardcore gamers alike. Featuring a plethora of missions, enemies and weapons to blast, it’ll certainly keep that trigger finger ready. Players control the weapons via the touch screen on the Nintendo DS and Wii mote and Nunchuck, allowing for true 360 degree aiming and precision.

Players take on the role of the Ocean Commander ship, with the aim to complete the 21 stages and 30 levels throughout. Sounds simple but at the end of the stage, a boss ship must be destroyed in order to progress onto the next mission. Addictive game play ensures Ocean Commander will entice gamers of any age or sex.