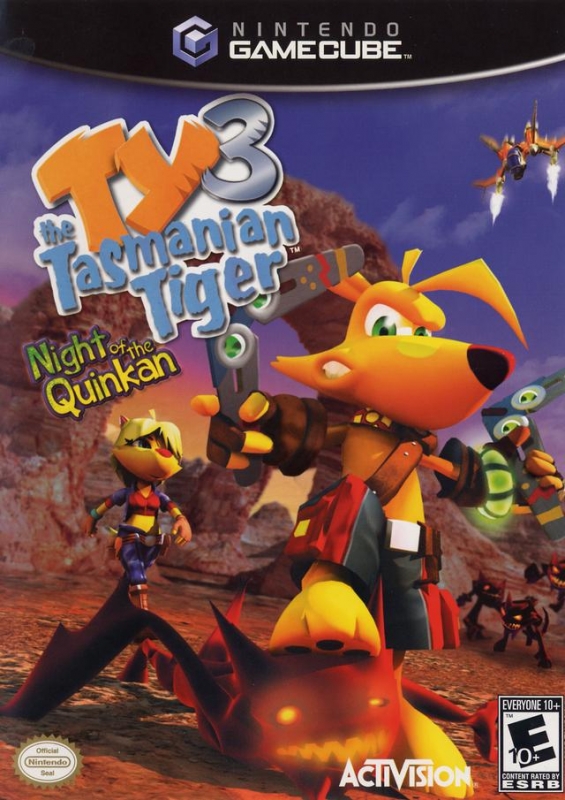 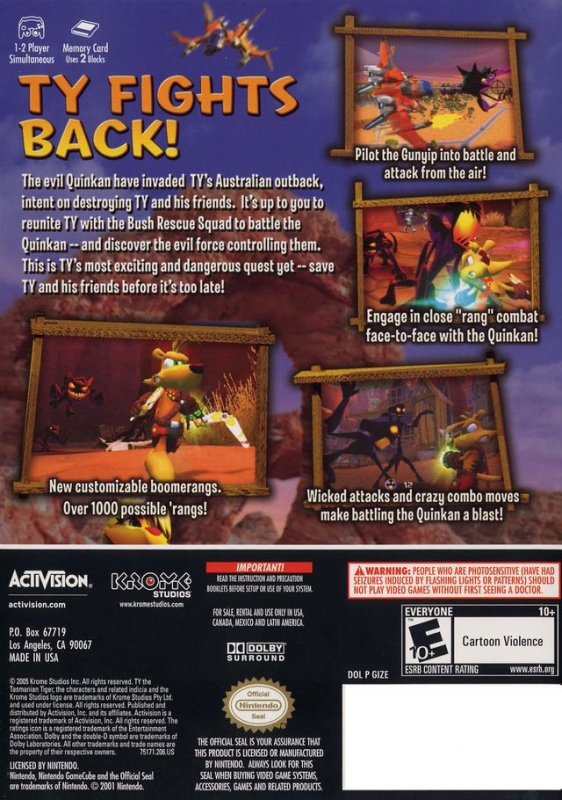 Ty the Tasmanian Tiger 3: Night of the Quinkan (GC)

Krome Studios® is carrying on its spirit in TY the Tasmanian TigerTM 3: Night of the Quinkan, the latest instalment in the company`s distinct 3-D character action adventure series. TY the Tasmanian Tiger 3: Night of the Quinkan follows in the footsteps of its popular predecessors which have sold more than two million copies worldwide and garnered numerous awards and accolades for its high quality kid-friendly entertainment and value. Unlike any other games in its category, the TY the Tasmanian Tiger series is set in the beautiful, lush Australian Outback and features an unique array of interesting characters inspired by indigenous animals including the thought-to-be-extinct Tasmanian tiger.

In this new chapter, TY and his mates face their biggest challenge yet: an otherworldly invasion by an ancient evil. TY`s next adventure takes him into a shadowy world full of dangerous creatures. TY the Tasmanian Tiger 3: Night of the Quinkan will offer new thrills as well as deliver a more immersive feel while still retaining the good-natured humor and whimsical fun the series is best known for. The game is set in a bountiful open world where players can explore and embark on a series of action packed missions and challenges filled with new characters, new vehicles and new weapons that are customizable and upgradeable - including TY`s trademark boomerang collection.

Called to the Dreamtime by the Bunyip Elder, TY must help to rid their world of their sworn enemy, the Quinkan - beings of darkness that exist to suck the joy out of people`s lives. Although successful in his task of getting rid of the Quinkan, TY has unwittingly sent them on a collision course with Earth. Arriving home, tired and battle weary, TY discovers that the Quinkan have invaded and subjected everyone to their cruel occupation. With Bush Rescue disbanded, TY begins the challenging task of reforming his team and leading the fight against their dark oppressors. But time is running out. Soon the Quinkan will unleash the Quinking; supreme ruler of the dark creatures and possessor of almost unlimited power. But there is hope. Legend speaks of a magical boomerang that has the ability to vanquish the foe. Long lost in the mists of time, this may be TY`s last chance to save the planet.