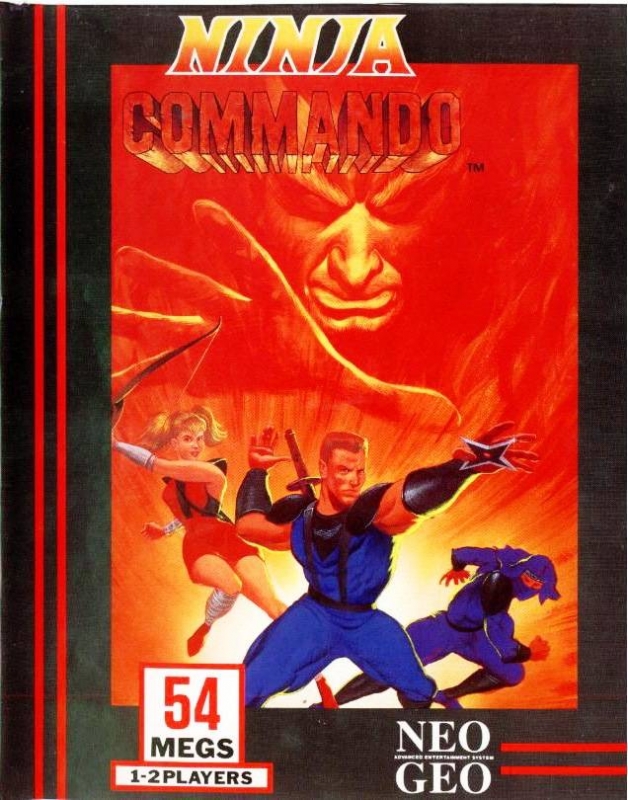 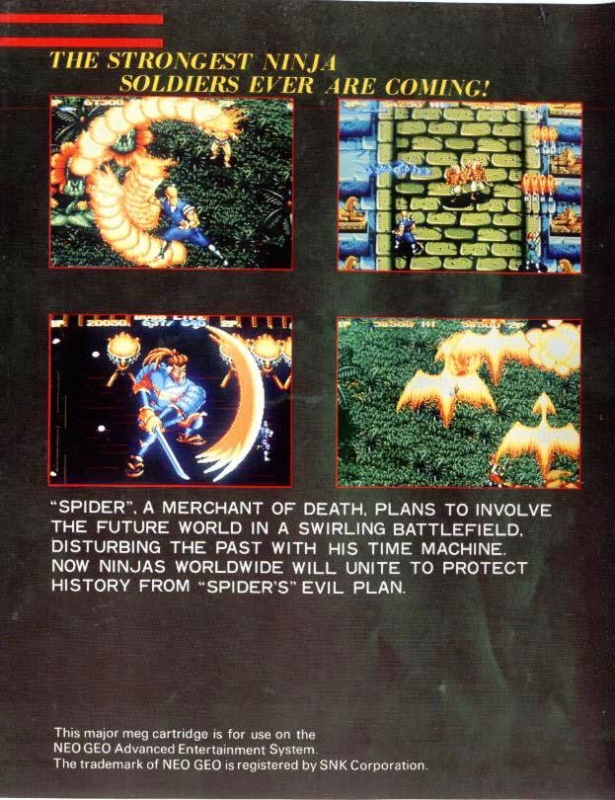 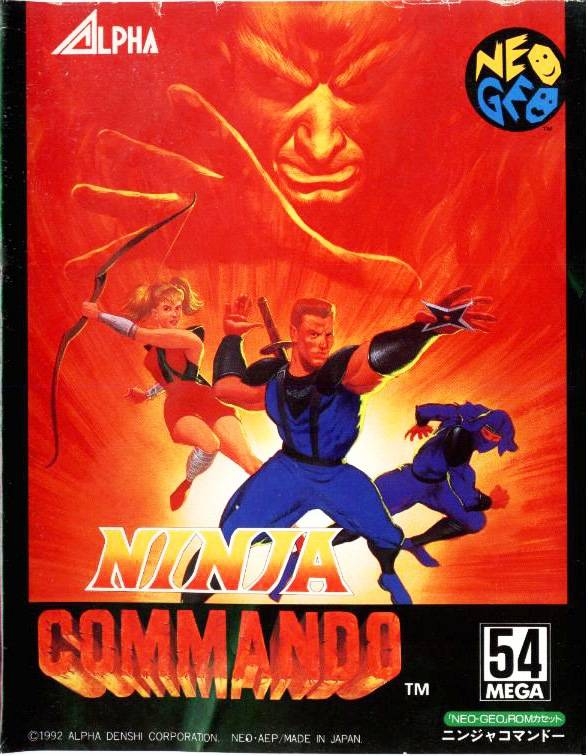 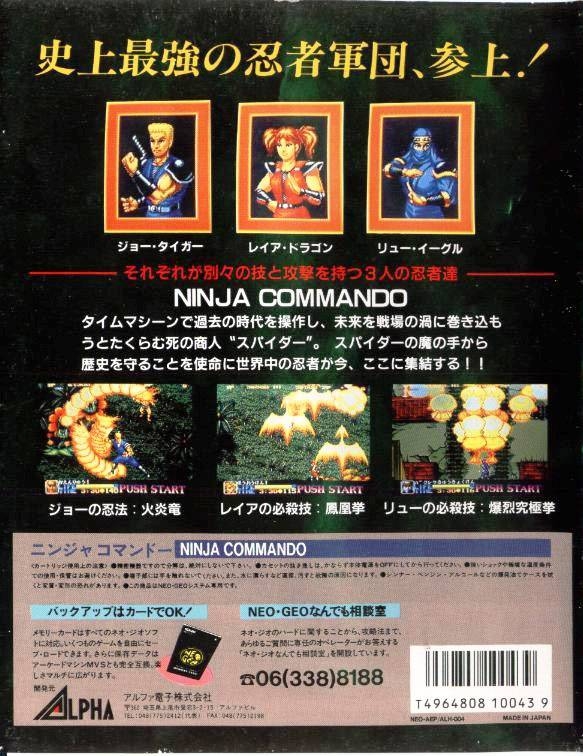 NINJA COMMANDO is a vertically scrolling action game released by ADK in 1992. Players choose from among three ninjas--Joe, descended from the Koga ninja; Rayar, a woman who has learned the ways of the Iga ninja; and Ryu, descendant of the famous ninja Fuma Kotaro--as they pursue the merchant of death known as Spider, who plans to use a time machine to bring havoc to the world. The battle spans seven time periods, including the Stone Age, the Egyptian era, and the Japanese Civil War era. Each hero features a variety of attack options in addition to their own normal attack, including a deadly attack that inflicts damage on all enemies on the screen, special ninja-arts attacks performed by inputting specific commands, and finally, a powerful attack unleashed by taking on the "shape of the beast" when three scrolls have been collected. Also supporting two-player cooperative play, you're welcome to bring a friend and enjoy taking on the evil Spider together.