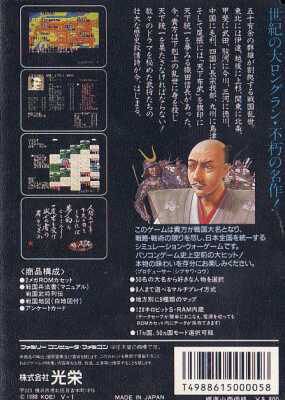 Enter a world most people have never heard of -- 16th century Japan. The Shogun has just fallen, leaving the government weak and ineffective. The country's greatest warlords, the daimyos, have taken up arms against each other. Alliance and friendships are quickly forgotten as each daimyo pursues the same goal: to rule the entire nation -- to become Shogun.