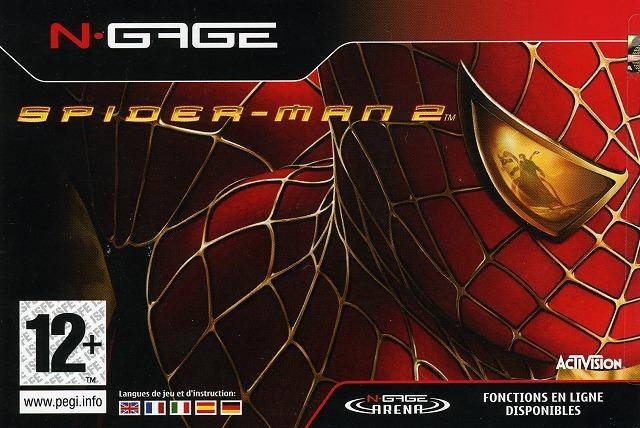 As night descends over New York City, Peter Parker is reminded of his great responsibility to help his fellow citizens. But while it's one thing for a man with "spider sense" to thwart petty criminals -- it's another story to take on a sinister villain bent on your destruction! After a failed experiment turns Dr. Otto Octavius (aka Doc Ock) into a monster, the egomaniacal scientist will stop at nothing until he exacts the ultimate revenge on the one he holds responsible for humiliating him: Spider-Man. Join Spidey, Aunt May, Harry Osborne, and Mary Jane in this action-packed title that blends 2D and 3D gaming in brilliant cinematic detail. Five 3D levels give the game a cinematic feel - web-sling your way around town in search of powerups, secrets, and special items. Fifteen additional 2D levels challenge your combat skills with a variety of enemies. Defeat bosses, including newcomers Lizard and Doc Ock, each with a unique fighting style. Rich plot turns presented with 3D cutscenes between levels.