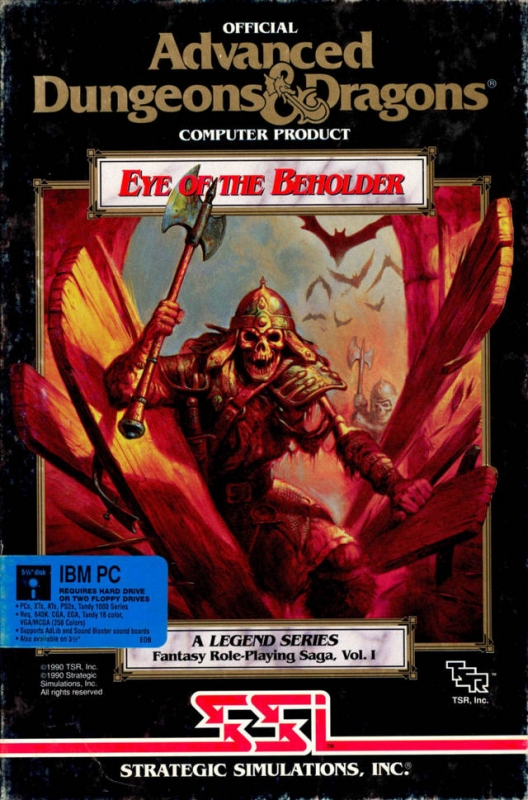 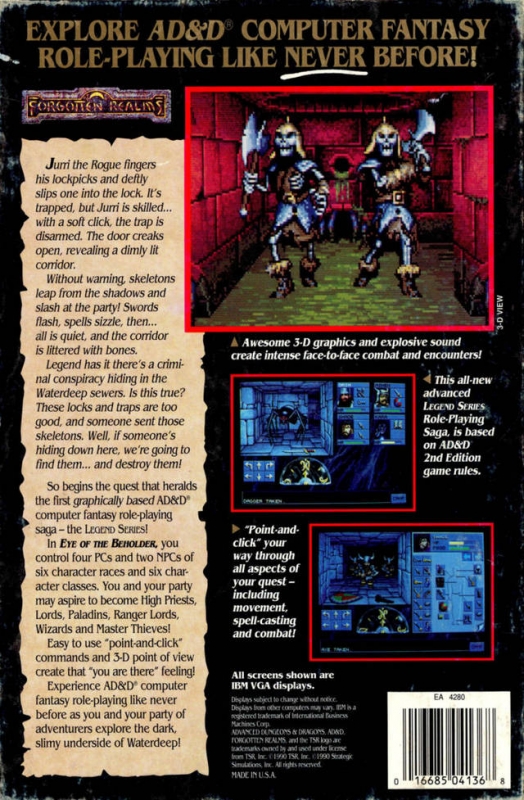 Eye of the Beholder (PC)

Jurri the Rogue fingers his lockpicks and deftly slips one into the lock. It's trapped, but Jurri is skilled... with a soft click, the trap is disarmed. The door creaks open, revealing a dimly lit corridor.
Without warning, skeletons leap from the shadows and slash at the party! Swords flash, spells sizzle, then... all is quiet, and the corridor is littered with bones.
Legend has it there's a criminal conspiracy hiding in the Waterdeep sewers. Is this true? These locks and traps are too good, and someone sent those skeletons. Well, if someone's hiding down here, we're going to find them... and destroy them!
So begins the quest that heralds the first graphically based AD&D® computer fantasy role-playing saga - the Legend Series!
In Eye of the Beholder, you control four PCs and two NPCs of six character races and six character classes. You and your party may aspire to become High Priests, Lords, Paladins, Ranger Lords, Wizards and Master Thieves!
Easy to use "point-and-click" commands and 3-D point of view create that "you are there" feeling!
Experience AD&D® computer fantasy role-playing like never before as you and your party of adventures explore the dark, slimy underside of Waterdeep!