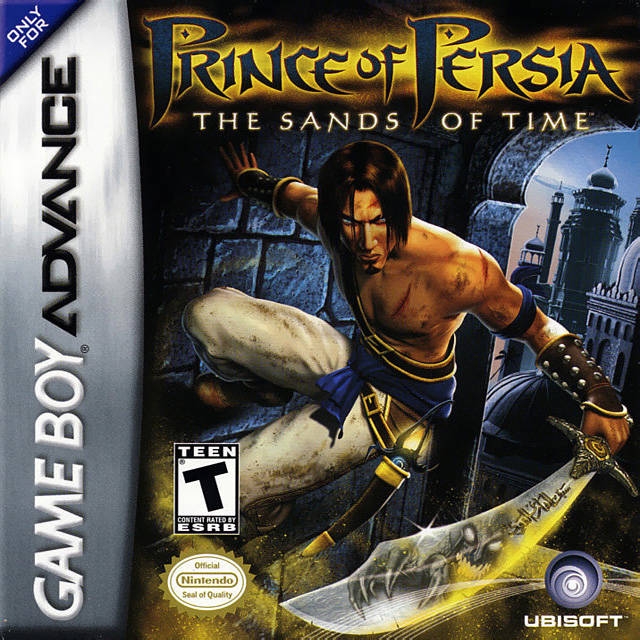 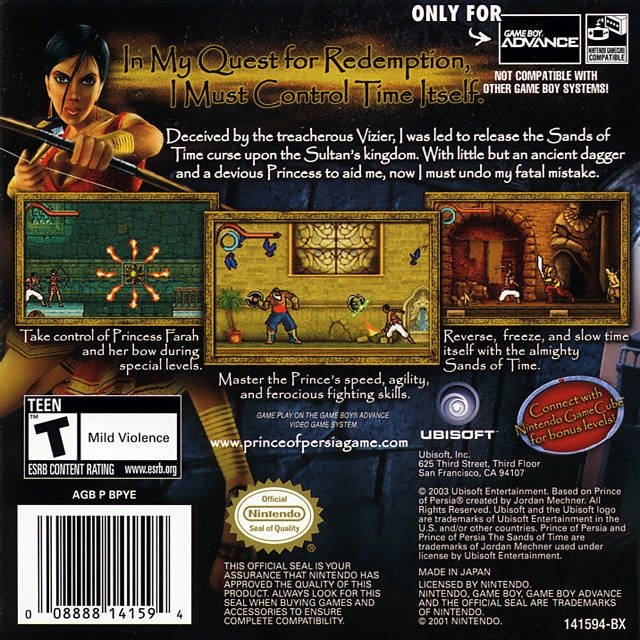 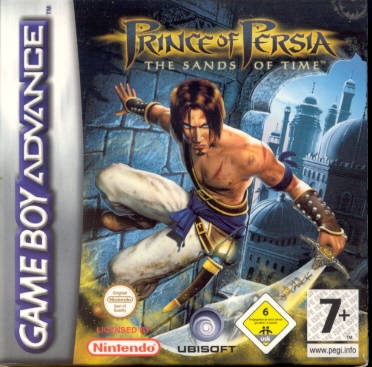 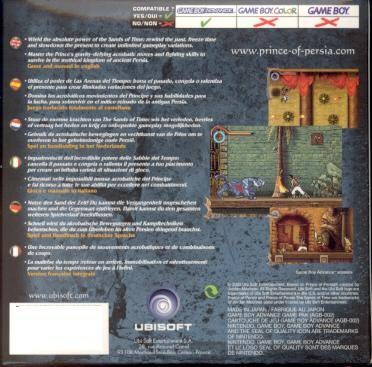 Prince of Persia: The Sands of Time (GBA)

Amidst the scorched sands of ancient Persia, there is a legend spun in an ancient tongue. It speaks of a time borne by blood and ruled by deceit.

It is within this war torn land that a young Prince discovers a magic dagger. Drawn to its dark powers, he is led to unleash a deadly evil upon the reaches of his father's vast kingdom.

Aided by the wiles of a seductive princess and the absolute powers of the Sands of Time, the Prince stages a harrowing quest to reclaim the Palace's cursed chambers, and restore peace to the very fabric of Time itself. He must tread these dangers carefully, however. Because in this world, there is only one rule: master the Sands, or be buried.