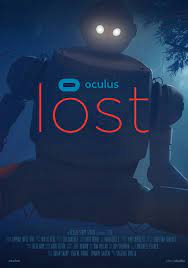 "From the director of Pixar’s The Blue Umbrella, experience the wonder of an unexpected encounter in a magical forest.

Directed by Saschka Unseld of Pixar’s The Blue Umbrella, Lost tells the story of an unexpected encounter deep in the woods. Now available for download on Rift and on Oculus Video for Gear VR."