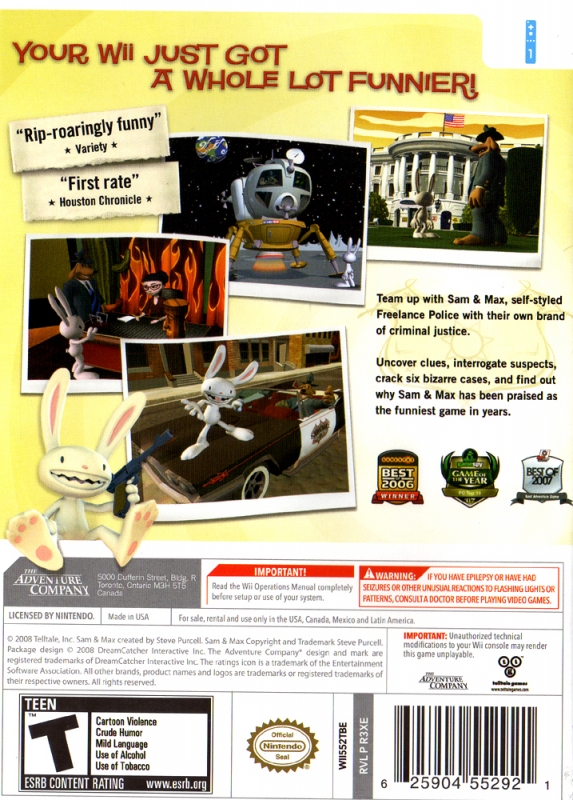 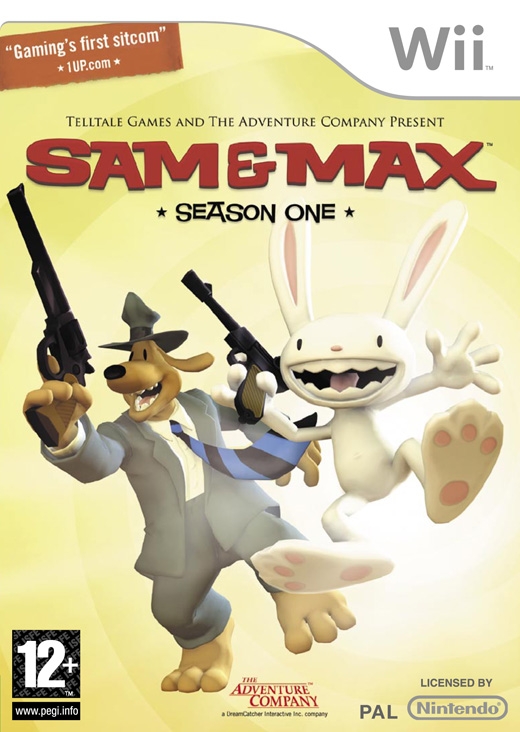 Team up with Sam & Max, self-styled Freelance Police with their own brand of justice. Uncover clues, interrogate suspects, crack six bizarre cases, and find out why Sam & Max has been praised as the funniest game in years.

Season One of this award-winning series can now be played on the Wii. So get ready to flop down on the couch with your Wii remote in hand and laugh. A lot.