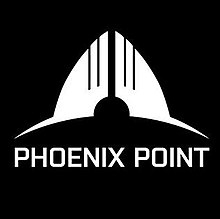 An unusual virus discovered in melting permafrost excites the scientific community. It has a massive genome, and only 1% of its genes match anything in existing databases.

“What the hell is going on with the other genes?” asks researcher Jean-Michel Moreau. “This opens a Pandora’s box. What kinds of discoveries are going to come from studying the contents?”

Later in the decade, the seas transform into something totally alien. Then the mutagens begin to invade the land via an airborne microbial mist.

The Geoscape gives you a strategic view of the world situation. From here you plan all your operations, construction, research and missions. You must attempt to make contact with havens, discover scavenging sites and locate special Phoenix Project sites.

You will face intense boss fights against large monsters. Monsters may have multiple abilities for attack, defence, generating mist and spawning larvae. You will need to use body-part targeting to progressively disable their abilities.

The Pandoravirus can mutate living forms, and it can incorporate DNA from multiple species and clone them rapidly. You will face an alien threat that mutates and evolves new forms in response to your tactics. Our procedural generation system for the aliens can generate a huge variety of challenges and surprises for you on the battlefield.