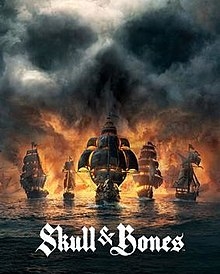 Hunt along lucrative trade routes as unpredictable weather, waring factions, rival pirates, and other even deadlier threats constantly change the world around you.

Live the thrills, brutality, and intensity of naval combat as you fight for domination of the seas. Devastate foes with powerful weapons or use tools such as disguise and betreyal to approach combat your way

HUNT SOLO OR WITH FRIENDS