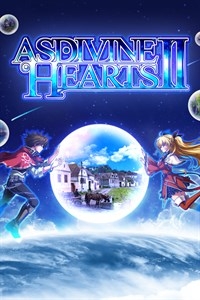 Picking up two years after the events of their first adventure, Zack and friends find themselves off on another quest, but this time to save the parallel world of Archelio, which is on the verge of being frozen in ice.

However, after a small mishap prior to arriving at their intended destination, the party finds themselves out of weapons and out of luck. Nevertheless, with the help of their new companion Nadia and a fairy named Rapscal, their investigation into the cause of this abnormal phenomenon gets back on track. That is, until a mysterious creature and suspicious fellow with divine powers show up and attempt to stop them from finding out the truth.

As conflicting evidence begins to mount, will the party be able to reverse this crisis as they had hoped for or will their actions turn out to be the catalyst for something much, much worse...?!