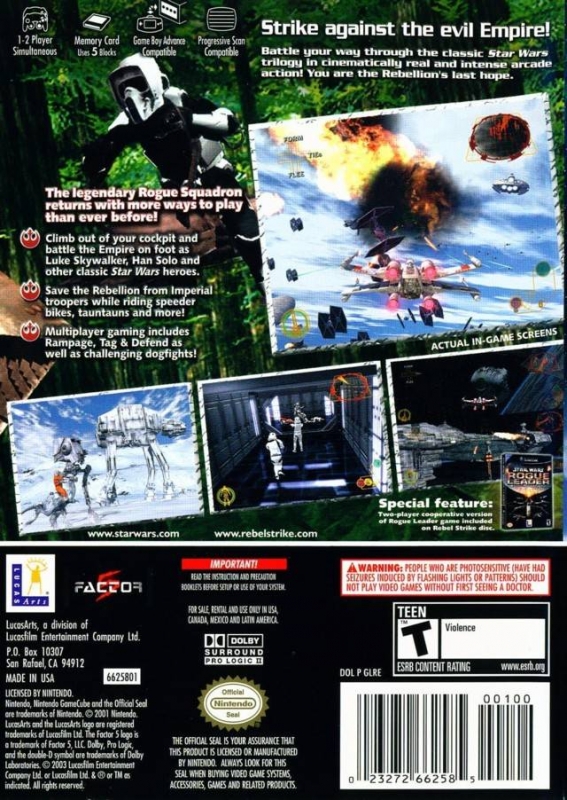 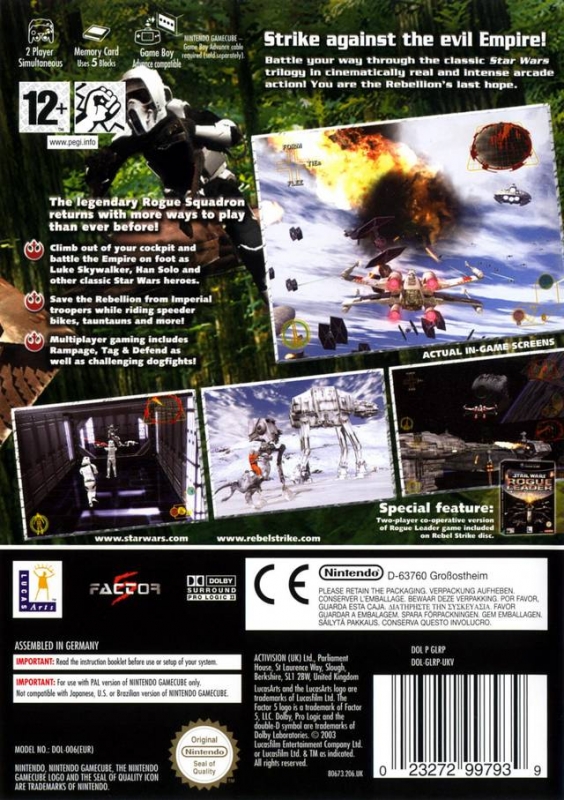 Strike against the evil Empire!

Battle your way through the classic Star Wars trilogy in cinematically real and intense arcade action! You are the Rebellion's last hope.

The legendary Rogue Squadron returns with more ways to play than ever before!