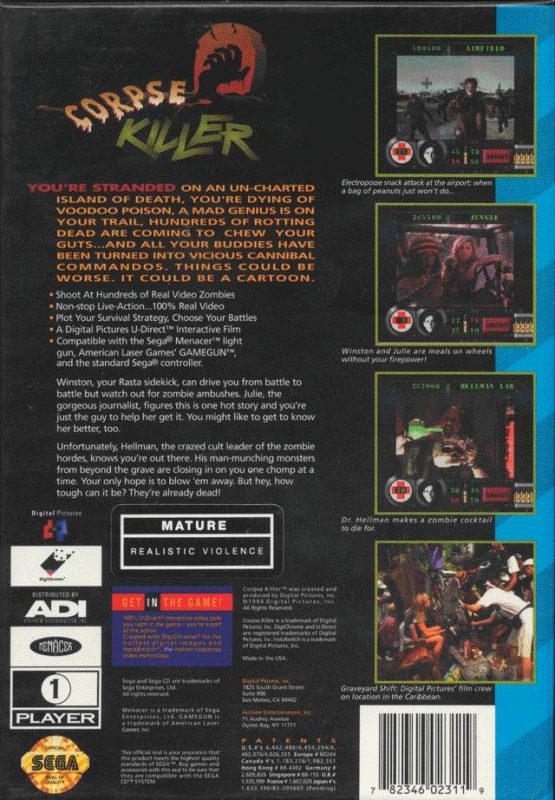 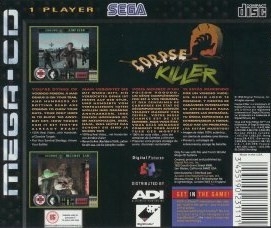 You're stranded on an uncharted island of death. You're dying of voodoo poison, a mad genius is on your trail, hundreds of rotting dead are coming to chew your guts...and your buddies have been turned into vicious cannibal commandos. Things could be worse. It could be a cartoon.

Winston, your Rasta sidekick, can drive you from battle to battle but watch out for zombie ambushes. Julie, the gorgeous journalist, figures this is one hot story and you're just the guy to help her get it. You might like to get to know her better, too.

Unfortunately, Hellman, the crazed cult leader of the zombie hordes, knows you're out there. His man-munching monsters from beyond the grave are closing in on you once chomp at a time. Your only hope is to blow 'em away. But hey, how tough can it be? They're already dead!