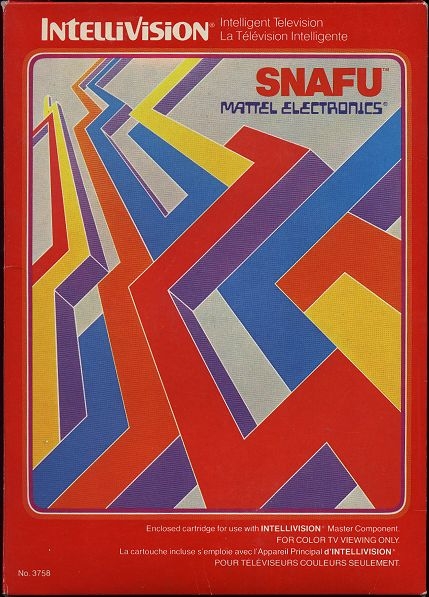 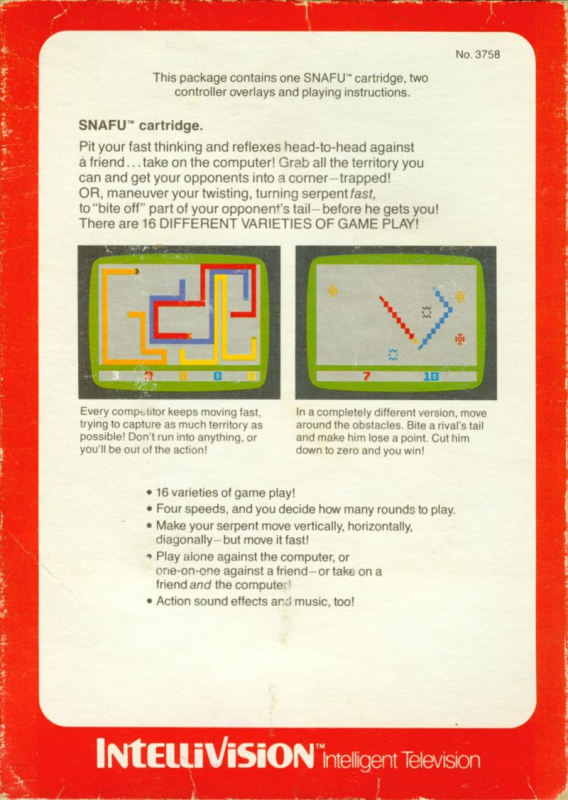 Pit your fast thinking and reflexes head-to-head against a friend... take on the computer!  Grab all the territory you can and get your opponents into a cover - trapped!  OR, maneuver your twisting, turning serpent fast, to "bite off" part of your opponent's tail - before he gets you!  There are 16 DIFFERENT VARIETIES OF GAME PLAY!

Every competitor keeps moving fast, trying to capture as much territory as possible!  Don't run into anything, or you'll be out of the action!

In a completely different version, move around the obstacles.  Bite a rival's tail and make him lose a point.  Cut him down to zero and you win!

Four speeds, and you decide how many rounds to play.

Action sound effects and music, too!

*Quoted from the back of the Snafu retail box for the Intellivision.