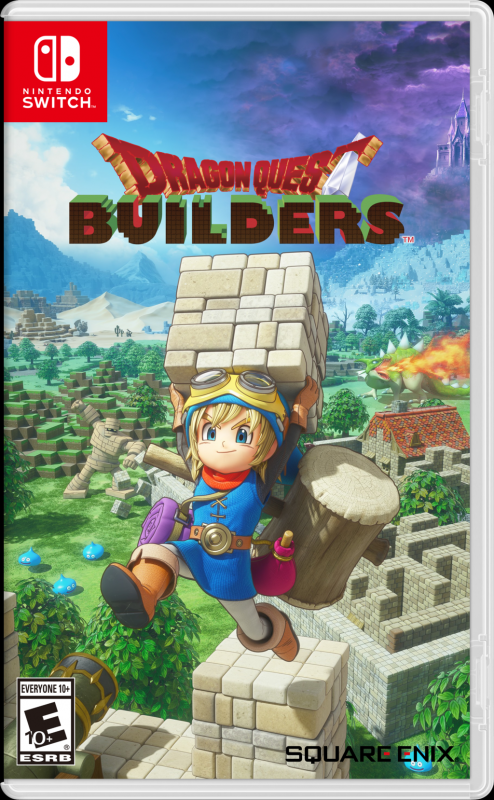 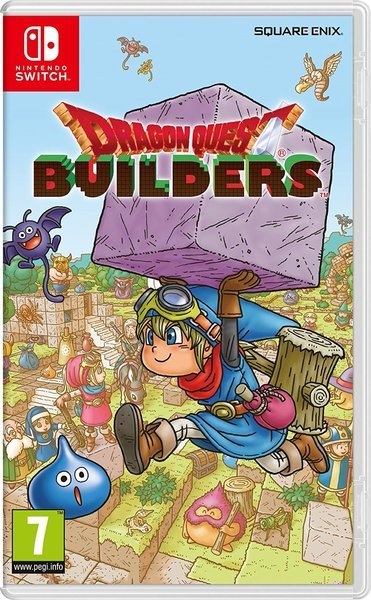 Gather, craft, and build the kingdom of your dreams to restore the ruined world of Alefgard!

As the legendary Builder, you'll construct rooms, towns, and defenses while fighting monsters. In Terra Incognita, build freely, share creations online, battle in an arena, and access exclusive content to the Nintendo Switch™ version of the game!

You're the only one in Alefgard who can rebuild and level up its ruined towns to attract new residents and raise their strength. But be wary: increasing a town's level will also lure the Dragonlord's monsters! So, join residents and fight back! When you defeat monsters and break blocks of the environment, you'll earn materials for crafting items and building structures. Enjoy content exclusive to the Nintendo Switch version in Terra Incognita: ride a Great Sabrecub, slay foes for Pixel Blocks, and use them to build a Dragon Quest Game Pak so you can access more items for building! The land is yours to rebuild… The goddess Rubiss has spoken!