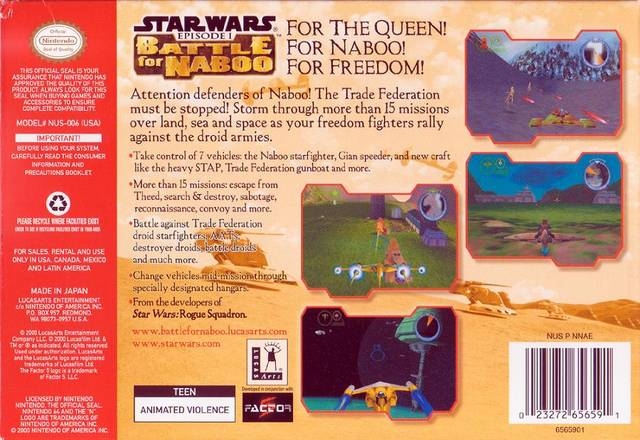 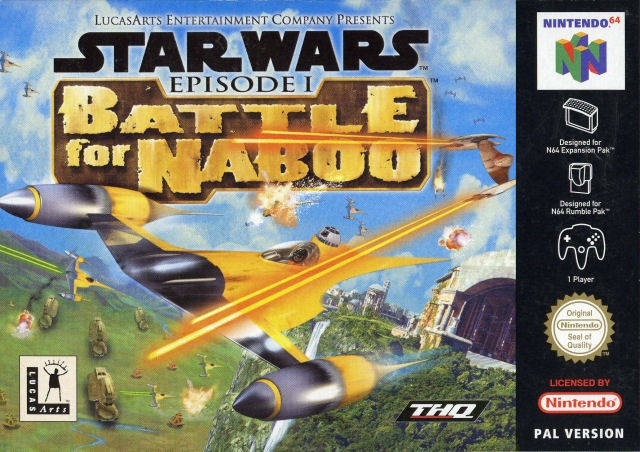 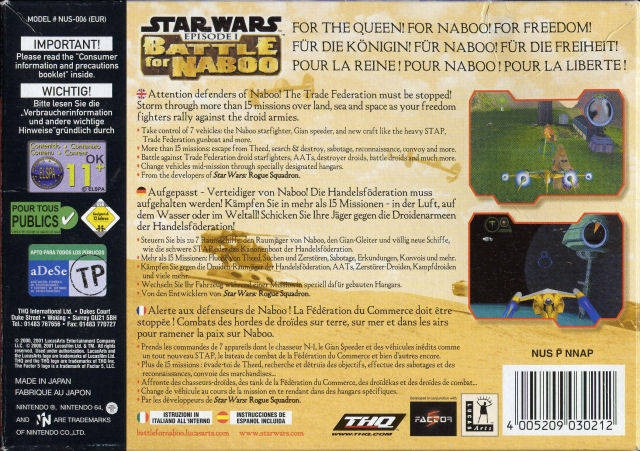 FOR THE QUEEN! FOR NABOO! FOR FREEDOM!

Attention defenders of Naboo! The Trade Federation must be stopped! Storm through more than 15 missions over land, sea and space as your freedom fighters rally against the droid armies.

-From the developers of Star Wars: Rogue Squadron.