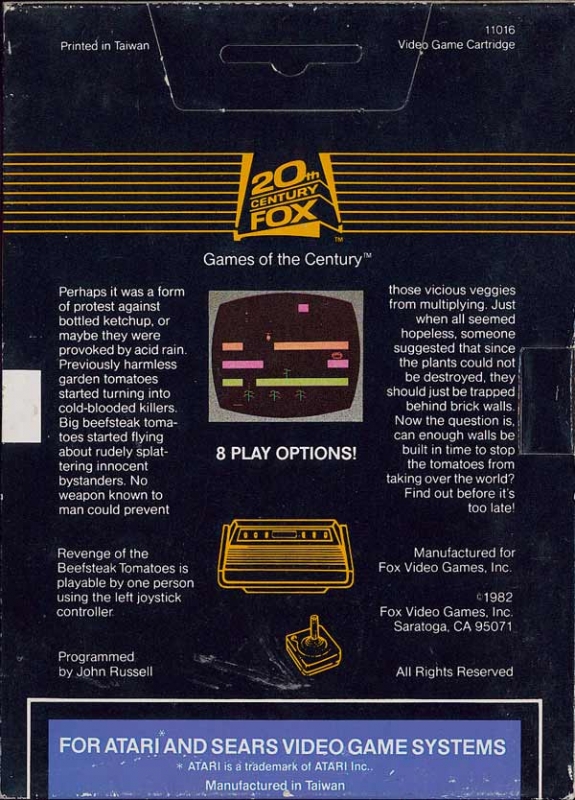 Revenge of The Beefsteak Tomatoes (2600)

Perhaps it was a form of protest against bottled ketchup, or maybe they were provoked by acid rain. Previously harmless garden tomatoes started turning into cold-blooded killers. Big beefsteak tomatoes started flying about rudely splattering innocent bystanders. No weapon known to man could prevent those vicious veggies from multiplying. Just when all seemed hopeless, someone suggested that since the plants could not be destroyed, they should just be trapped behind brick walls. Now the question is, can enough walls be built in time to stop the tomatoes from taking over the world? Find out before it's too late!