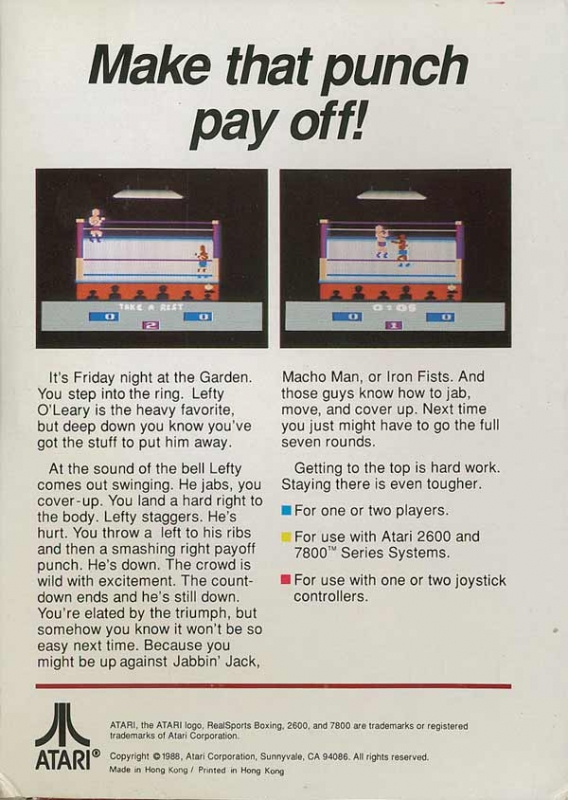 It's Friday night at the Garden. You step into the ring. Lefty O'Leary is the heavy favorite, but deep down you know you've got the stuff to put him away. At the sound of the bell Lefty comes out swinging. He jabs, you cover up. You land a hard right to the body. Lefty staggers. He's hurt. You throw a left to his ribs and then a smashing right payoff punch. He's down. The crowd is wild with excitement. The countdown ends and he's still down. You're elated by the triumph, but somehow you know it won't be so easy next time. Because you might be up against Jabbin' Jack, Macho Man, or Iron Fists. And those guys know how to jab, move, and cover up. Next time you just might have to go the full seven rounds.