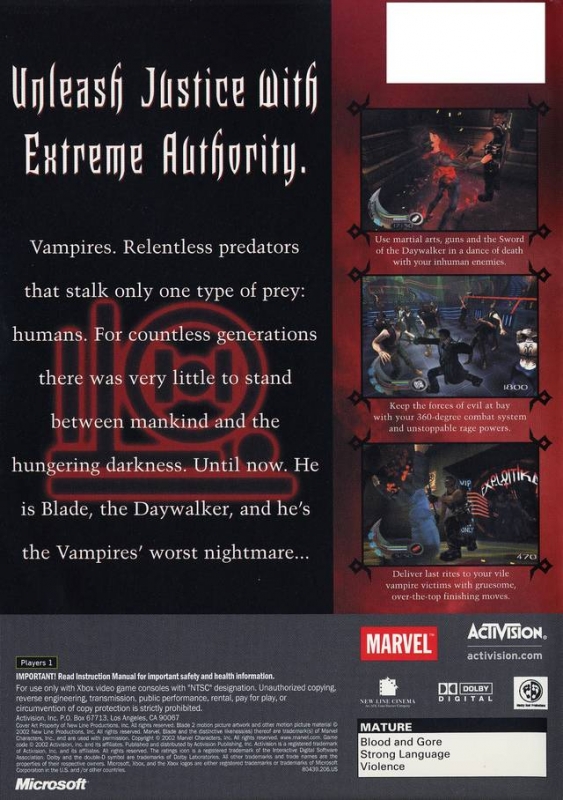 Blade II is the only action/adventure combat-fest that allows players to be Blade, the half-vampire, half-human superhero who lives to rid the world of vampires. Armed with an arsenal of deadly weapons and over-the-top martial arts moves, players must stop the vampire underworld from farming humans for their souls by defeating enemies with extreme authority.