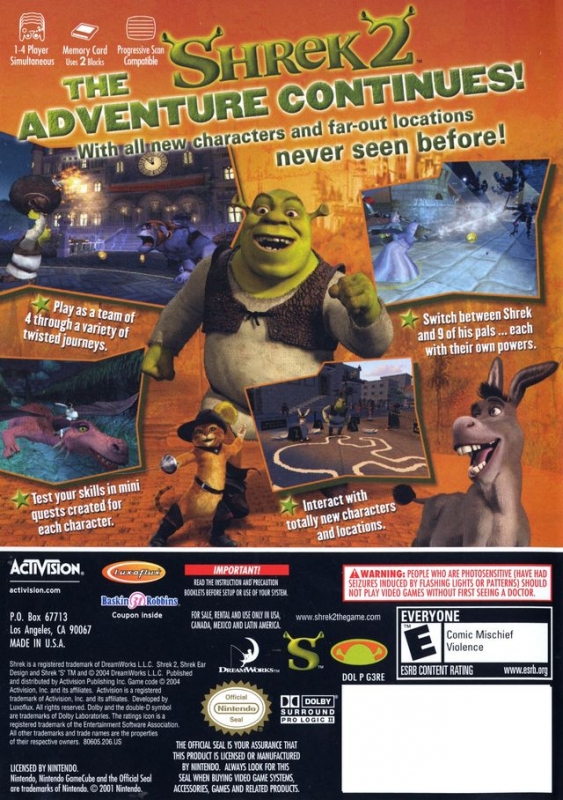 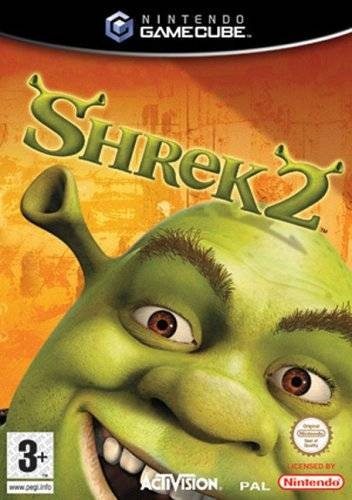 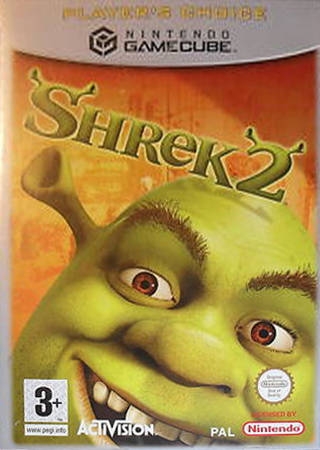 Go beyond the film as you guide Shrek and all his pals on a thrilling, squad-based action-adventure. Voyage through familiar haunts like Shrek’s swamp. Explore all-new areas like Far Far Away and even locations not seen in the film, like Billy Goat’s Gruff Bridge, the Spooky Forest, and the Dwarven Mines.

Get 3 of your friends together and watch the mayhem multiply. Choose 4 characters from a list of 10, including Shrek and Princess Fiona™, Donkey, Puss in Boots™ and Lil' Red, and everybody plays at once. Tag-team baddies and use each character’s special abilities to solve puzzles and accomplish mission objectives. Switch among characters in the heat of battle. Laugh out loud as you and your pals are treated to hours of comic dialogue and sight gags.

Experience Hero Time. Master each character’s unique special moves in single-player segments and mini-quests that feature one character at a time. Then show off the skills you’ve perfected in the main game and start cleaning swamp!