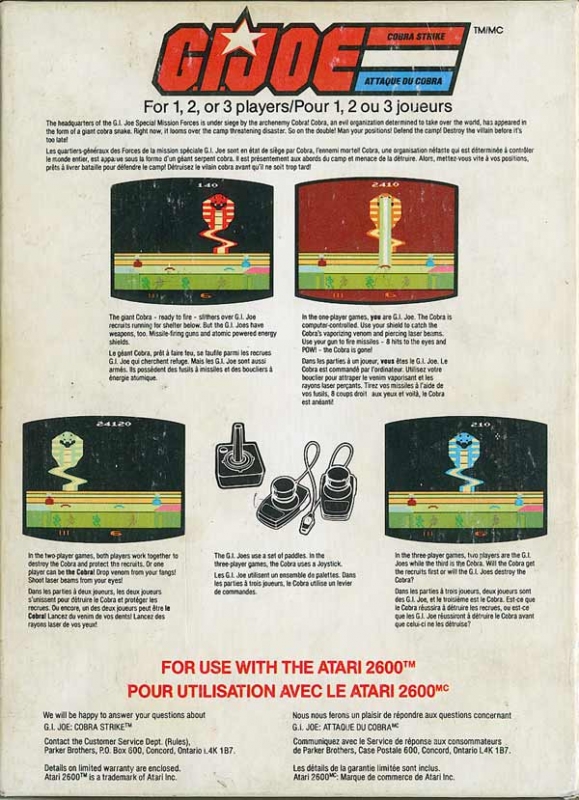 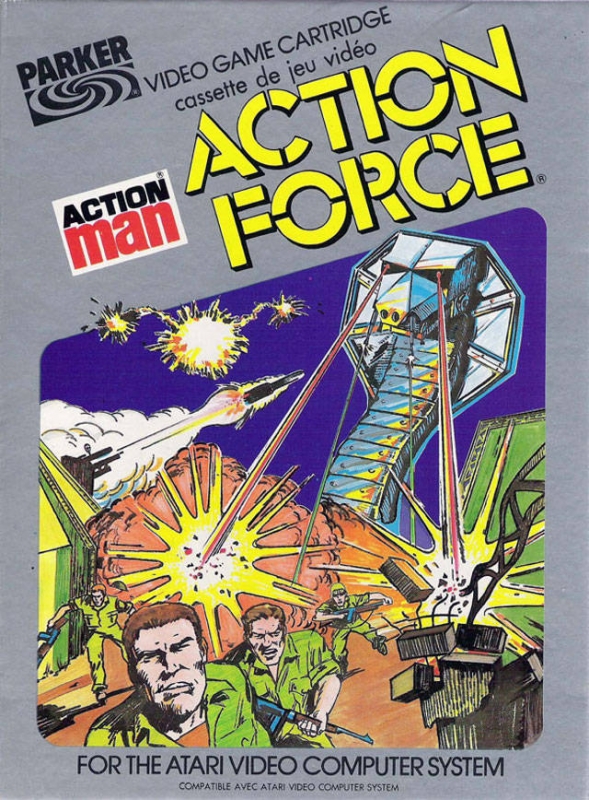 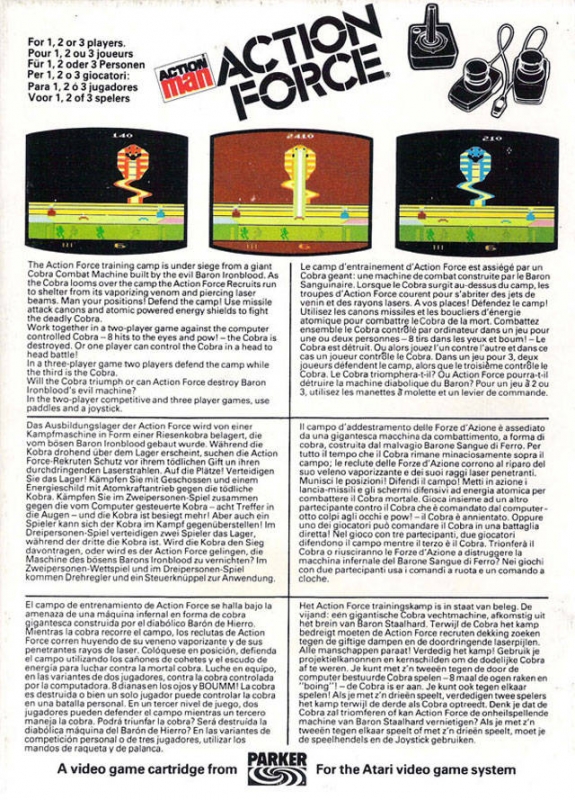 The headquarters of the G.I.Joe Special Mission Forces is under siege by the archenemy Cobra! Cobra, an evil organization determined to take over the world, has appeared in the form of a giant cobra snake. Right now, it looms over the camp threatening disaster. So on the double! Man your positions! Defend the camp! Destroy the villain before it's too late!